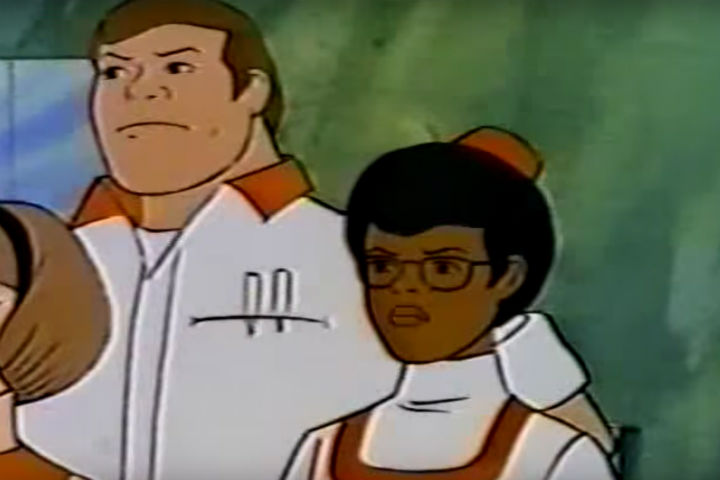 This week’s minorities in cartoons entry is “Hot Wheels,” the first TV cartoon directly based on a pre-existing toy line, namely the popular toy cars. “Hot Wheels” debuted on ABC in 1969.

The series featured the racing adventures of the “Hot Wheels Racing Club,” which featured a group of teenage members: Jack “Rabbit” Wheeler, its leader; apprentice mechanic Mickey Barnes; Ardeth, Mickey’s girlfriend, who’s also interested in repairing cars; Tank, a mechanic at a garage run by Jack’s father; and Kip Chogi, the son of an African ambassador (according to TV.com). Most of the plots involved various races, especially against Dexter, the underhanded leader of a rival race club.

Kip’s one of the first Black characters to be a main cast member on an American animated TV show, alongside Pete Jones from fellow ABC show “The Hardy Boys.”

“Hot Wheels” aired for two seasons of 17 episodes, after which it left the airwaves in 1971. In the late 1960s, various groups as well as the FCC increasingly started to crack down on what aired on children’s TV programming. Besides violence, an increased amount of attention started being paid to children’s TV advertising. The FCC’s rules on advertising during children’s programming is part of what eventually led to the cancellation of a previous series, “Linus the Lion-Hearted.” “Linus” featured various Post cereal mascots of the era in a half-hour animated series.

In “Hot Wheels”‘s case, the Topper toy company, a now-defunct but then-rival toymaker to Mattel, complained to the FCC about the show basically being a half-hour ad. While Mattel and ABC claimed it wasn’t (uh-huh), it eventually led the FCC to require the show be counted toward advertising time limits (discouraging other product makers from following suit), before deciding to basically ban such shows outright.

The ban held until the early 1980s. By then, the Reagan administration’s deregulation-happy nature (and the appointment in 1981 of a deregulation-minded FCC commissioner) undid the FCC’s rules on ad limits, leading to the explosion of 80s toy-based shows.

A more modernized “Hot Wheels” show, the CGI animated “Hot Wheels Battle Force 5,” aired on Cartoon Network from 2009 to 2011. The new “Hot Wheels” featured minority and women racers without comment; a stark contrast to the 1969 “Hot Wheels” having a whole episode centered around Ardeth annoyed that her own club doesn’t allow girls as racers.

Kip’s voice was by Albert Brooks, as one his first acting roles. Brooks became known for his comedy routines and movie career, appearing in films such as “Taxi Driver,” “Private Benjamin,” and “Broadcast News.”

“Hot Wheels” hasn’t seen a DVD release; YouTube clips are apparently the only remnant of this show’s existence.