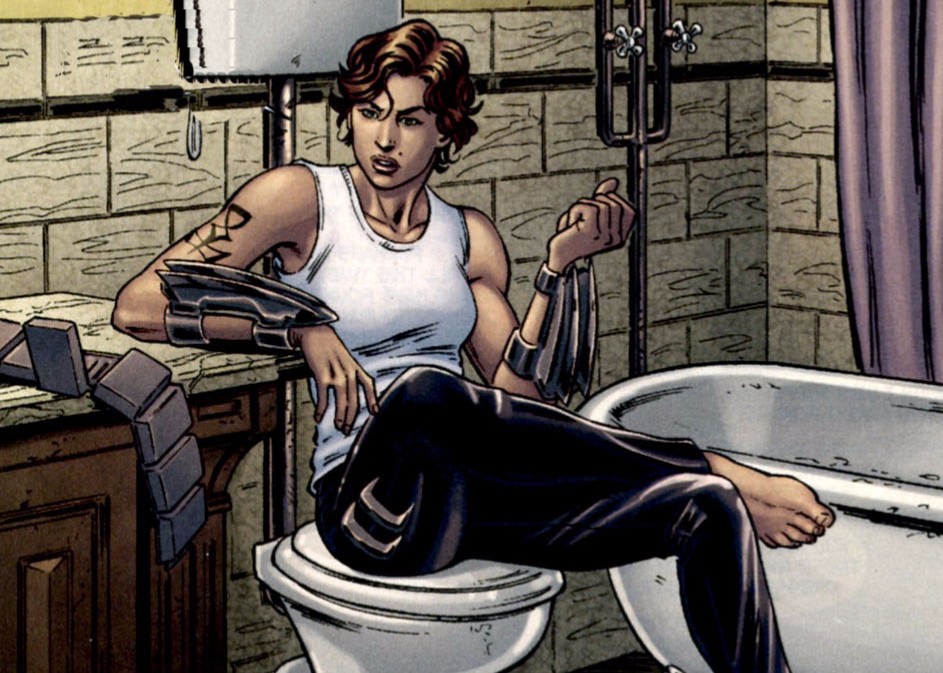 This week’s minorities in cartoons entry is Scandal Savage, a supervillain who appears in DC Comics. Scandal first appeared in “Villains United” #1 (July 2005), and was created by Gail Simone and Dale Eaglesham.

Scandal is the daughter of longtime DC Comics villain Vandal Savage (an immortal caveman who wants to conquer the Earth) and an unknown Brazilian woman. As such, she’s inherited at least part of her father’s immortality. This mostly manifests as a heightened resistance to injury. Scandal also wields a pair of wrist-mounted, bladed weapons.

Scandal has mostly been associated with the supervillain team the Secret Six. At first, Scandal joined both out of concern for her mother’s safety and being coerced by the secretive “Mockingbird” (in reality, Lex Luthor). However, Scandal later grew attached to her teammates.

Also eventually joining the Secret Six was the supervillain Knockout. Knockout is both a former Female Fury from Apokolips and Scandal’s girlfriend. Until this point, Knockout had mainly appeared in Superboy’s book in the 1990s.

Scandal was also at odds with her father, who (for some reason) wanted her to give him a grandchild, which of course she wouldn’t do.

Outside of comics, a version of Scandal Savage appears on The CW TV series “Legends of Tomorrow.” There, she has the less-punny first name “Cassandra.” Scandal/Cassandra is played by actress Jessica Sipos.