Another Internet-related milestone has been reached, this one coming at newspapers’ expense. A study by the US Bureau of Labor Statistics (BLS) has shown that the number of Internet-related media jobs (labeled as “Internet publishing and broadcasting”) has as of 2016 eclipsed the number of newspaper jobs. From 1990 to 2016, newspaper jobs fell from 458,000 to 183,000, a decline of almost 60%. Meanwhile, Internet publishing/broadcasting jobs rose from 30,000 to 198,000.

Newspapers have clearly been hit hard by the rise of the Web, and have responded in varying ways. All newspapers have by now an online presence, with many using paywalls for content. A few newspapers, such as the Rocky Mountain News, have outright shut down. There’s also been a reduction in spending on foreign bureaus. And, of course, the recent move by Tribune to change its name.

In other media, radio jobs have also declined since 1990, but on a smaller level, by only 27%. I assume radio’s main factors since the dawn of the 90s has been the rise of the Internet (and streaming media), changes in how music is listened to (iPods, smartphones, etc.), and the deregulation of radio station ownership in the mid-1990s (leading to much industry consolidation).

Movie and video production meanwhile saw a huge rise in the number of jobs, by 162%. While there’s separate cable TV statistics, I’d assume the explosion of cable channels since 1990, plus other changes (media consolidation, etc.) have led to a rise in amount of video produced.

Below is a graphic showing the shift in the above media jobs. 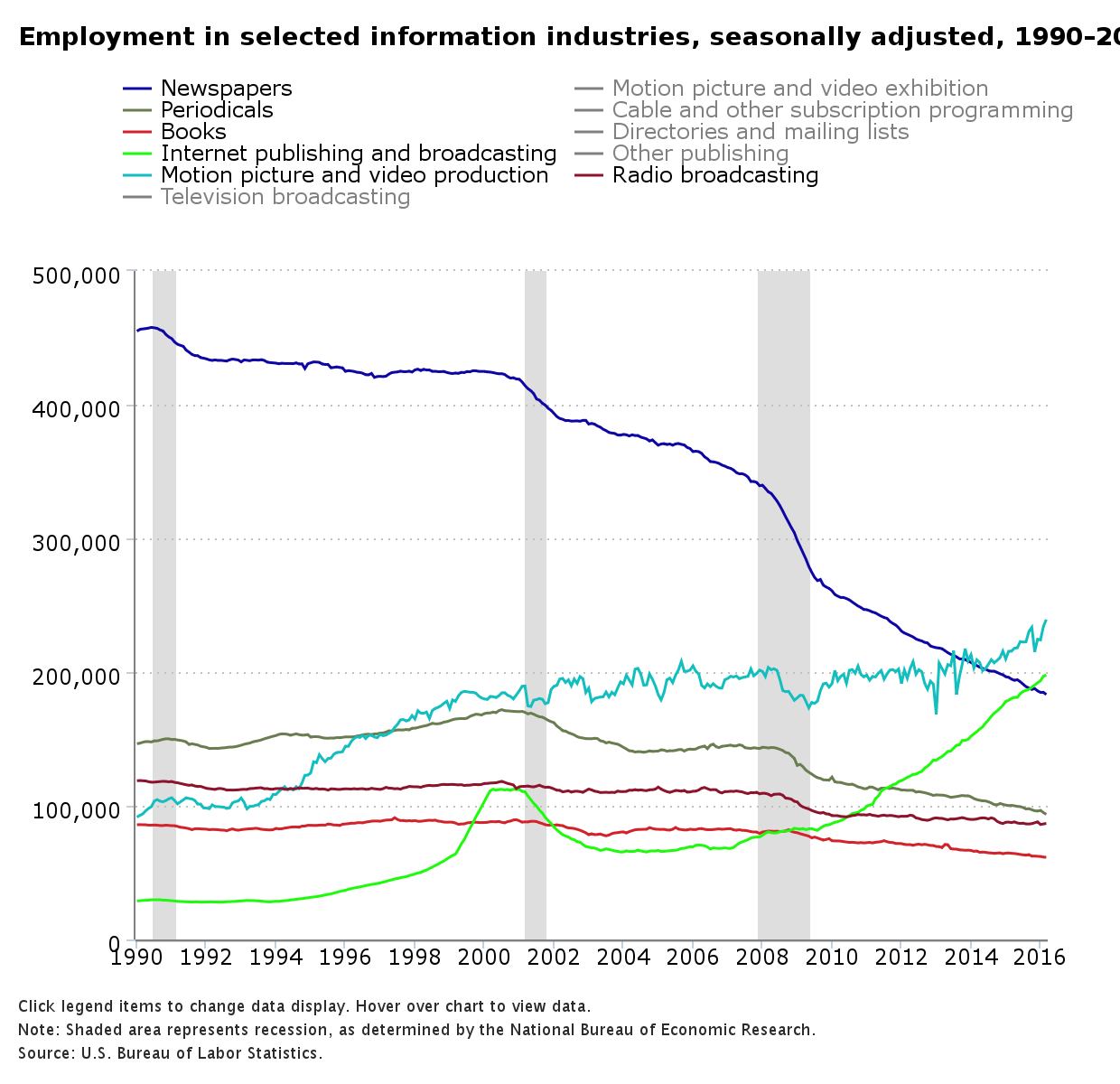 Cartoons at the box office: Turtle power (and Michael Bay) drives TMNT to a second week at #1
Trailers for "Star Wars: The Force Awakens" and "Batman V Superman" on the same day?
What are the alternatives to MoviePass?
How to avoid misinformation on social media, plus reputable news sources to follow
Share this post