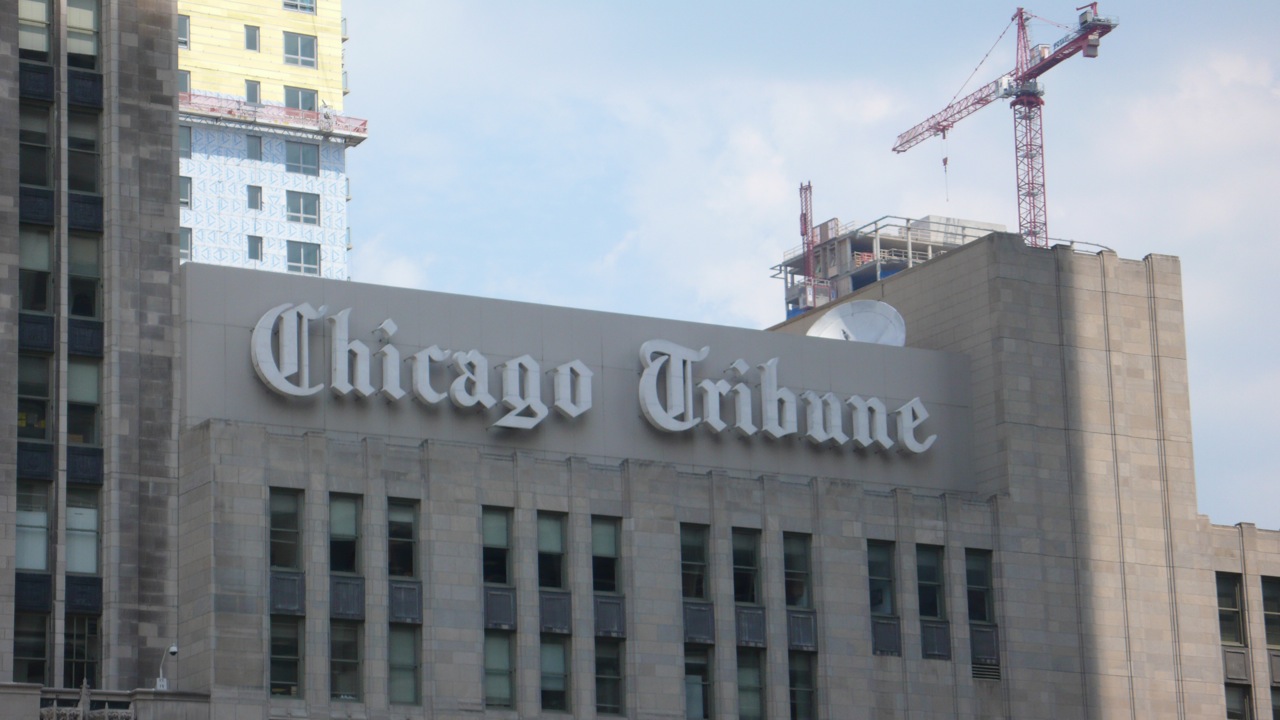 News came Thursday that the Tribune Company will be changing its name to… “Tronc.” “Not a hoax, not a dream, and not an imaginary story,” as old-time comics used to proclaim. Tribune is the newspaper and media conglomerate that owns the Chicago Tribune, Los Angeles Times, and other newspapers. Lately, it’s been trying to fend off an attempted buyout by rival newspaper giant Gannett, owner of USA Today.

The new name is supposedly spelled in all-lower-case, and is apparently a portmanteau of “Tribune online content.” Tronc will also be moving from the New York Stock Exchange to NASDAQ (home of various tech companies), trading under the ticker symbol “TRNC.” Tronc will also put a bigger emphasis on online offerings.

The press release alone is loaded with corporate buzzwords, all suggesting the main thing on Tribune marketers’ minds was “millennials!” It strikes me as similar to how “Verizon” (as a name) was probably meant by its marketers to appeal to Generation Xers 15+ years ago, when that cell phone giant first emerged from a merger of several smaller phone companies. Back then, I thought it was a bizarre and lousy name; at the time, I was a customer of GTE, one of the companies that had merged to create Verizon.

The Washington Post notes that Tronc’s executives mainly come from a health care branch of IBM, and don’t have any experience in running a media company. Which ultimately might not be the most promising future for Tronc.

Meanwhile, the Internet’s having a field day with Tribune’s new name. Below are a few of the more amusing tweets, including some found on The Verge and others from my Twitter feed:

q. how do you fit five elephants into a media conglomerate?

Old tree media company renames itself as a weirdly spelled, yet trademarkable variant of what's left behind in forests. #tronc

Junk in the tronc

"TRONC TRONC" is how Law and Order starts, right?

Below is my bad pun remark. While I later discovered a few others online have also used this pun, it’s still a good one.

What do you think of Tronc’s name?