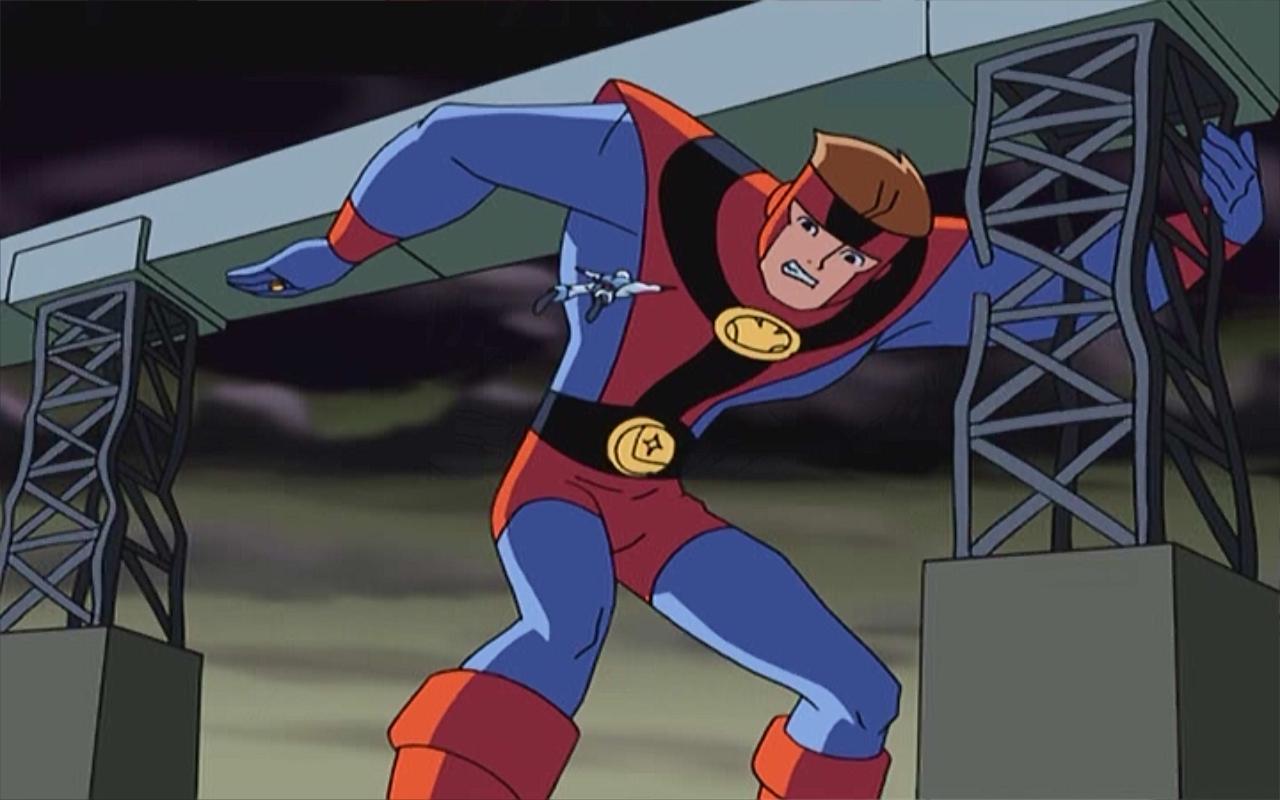 Gim Allon was born in 30th/31st century Israel. When Gim grew older, he enrolled in the training academy for the Science Police, the future Earth’s police force. While vacationing on Mars, a radioactive meteorite fell near Gim’s location. The radiation, in true comic book fashion, granted Gim a superpower: the ability to shrink and grow in size. Encouraged by his parents, Gim joined the Legion of Super-Heroes as “Colossal Boy.”

A plot line in the 80s saw Gim’s mother, Marte Allon, become the President of Earth. (Earth has a single global government in the Legion’s future.) During the 80s, Gim married Yera, a shapeshifter from Durla, home planet of fellow Legionnaire Chameleon Boy.

The various reboots of the Legion since the mid-80s have seen Colossal Boy’s backstory grow complex. The 1994 “Zero Hour” reboot saw Gim renamed “Leviathan” (though the name was used a few years before the reboot). Another reboot in the 2000s saw Gim’s backstory changed to being from a planet of giants. There, his preferred name was “Micro Lad,” as he considered his power as shrinking. Yet a third reboot a few years later saw the original Colossal Boy return.

Along with growth and strength powers, Colossal Boy also possesses a Legion “flight ring.” The flight rings are given to all Legionnaires, and allow the ring’s wearers to fly unaided. It also lets them survive in harsh environments (such as space). Gim’s ring’s also can grow or shrink alongside him, thanks to modifications made by Legionnaire genius Brainiac 5.

Finally, Gim and his family are Jewish. This was established by longtime “Legion” writer Paul Levitz in “DC Special Series” #21 (April 1980).

Colossal Boy made several appearances on the 2006-08 “Legion of Super-Heroes” animated series. There, he was voiced by Adam Wylie, an actor and voice artist.