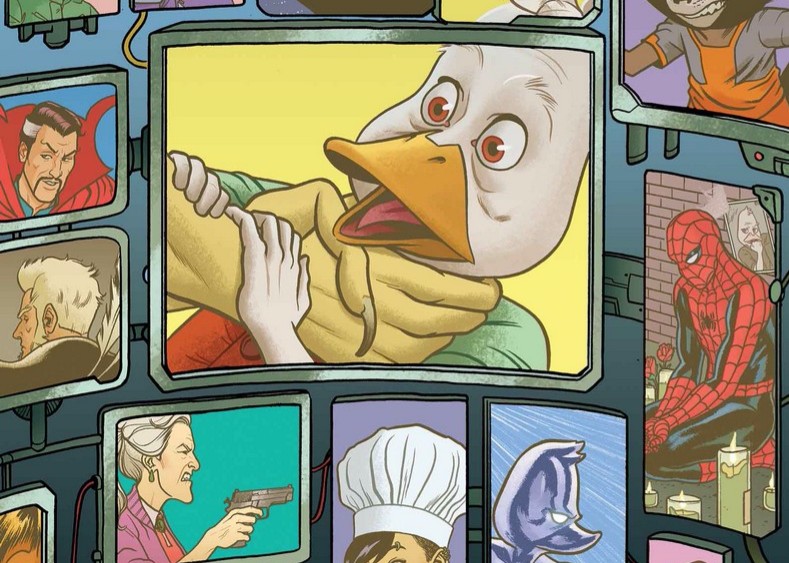 It’s time for the monthly look at what’s coming out from Marvel. Here’s the full list of Marvel solicitations for August 2016.

“All-New X-Men” #12 comes with this line in its solicitation (a story involving time-displaced X-Men member Angel): “One is a time-displaced cosmically powered angel from the ‘60s.” I assume in-universe at this point, Angel wasn’t a teenager (or even alive) during the Kennedy administration, of course. I haven’t written much about Marvel’s use of sliding time, though “Marvel Time” seems more vaguely defined than even DC’s already-vague usage. But assuming a year of comic time for every four years of real time (one estimate I’ve seen offered) it’s been at least 13 years since “X-Men” #1 in 1963.

Marvel’s not wasting much time getting out an initial trade paperback of Black Panther‘s newest comic series. Which might explain why it seems a bit short/padded out with reprints of older material, including his first appearance.

The most interesting item out this month is an original graphic novel featuring Squirrel Girl! In the vein of previous “so-and-so destroys the Marvel Universe” stories, this one features Doreen doing the same… or, I gather, an evil twin?