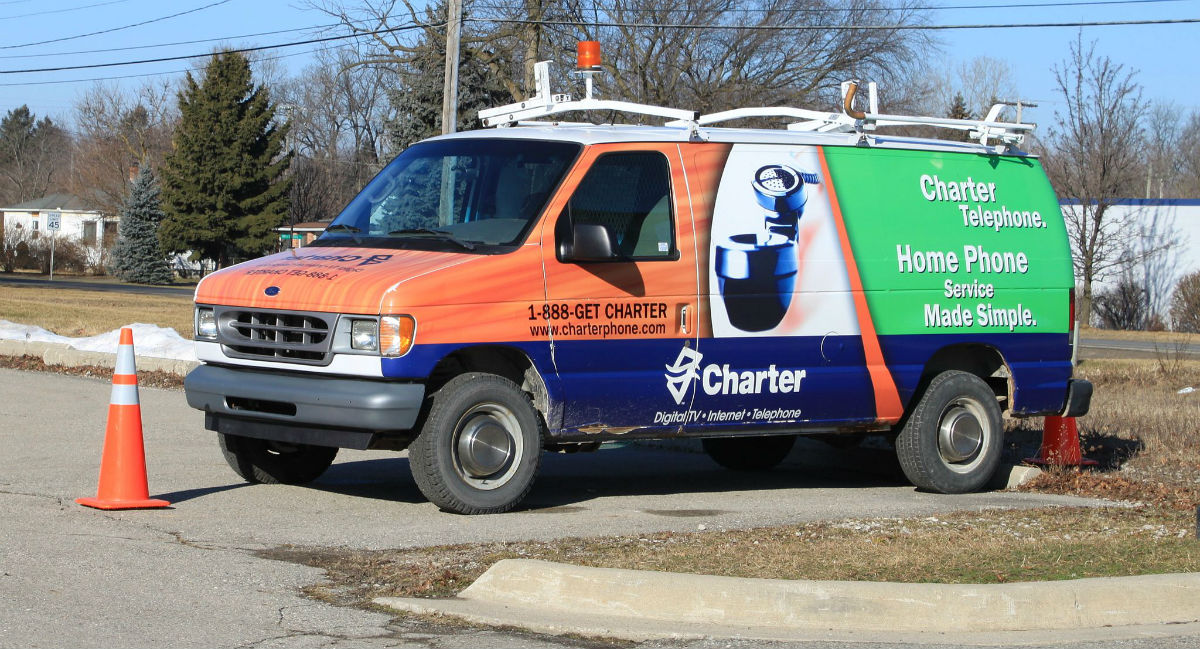 By Dwight Burdette [CC BY 3.0], via Wikimedia Commons
0shares

Comcast isn’t the only giant-sized cable company to buy up other companies. This week, the FCC finally granted its approval of a $79 billion merger between Charter Communications and Time Warner Cable. The newly-merged company will become the second-largest cable company in the country, after Comcast. Along with Time Warner Cable, Charter is also purchasing Bright House Networks, a smaller cable company serving various parts of the country, including parts of Florida, California, and Indiana.

The newly merged company will go by the less-than-creative name “New Charter,” which is one way of finally ditching the outdated-for-awhile Time Warner Cable name. TWC was spun off from Time Warner some years ago, but kept the name of its now-former corporate parent.

While Charter still won’t be anywhere near the size of Comcast, I still disapprove of this merger on principle. While the FCC placed some (temporary) qualifications on the merger, it still doesn’t make up for yet another large cable/broadband provider merging.

I used to be a Time Warner Cable customer when I lived in Milwaukee; Charter meanwhile served most of the state of Wisconsin that lied outside of the Milwaukee area. These days, I’m a Comcast customer here in Seattle, for better or worse. As cable companies go, I’ve been more annoyed with Comcast than Time Warner Cable (the latter never charged a greedy cash-grab fee for high definition like Comcast does), but given the low bar they all set, that’s not much of a distinction.

Since it’s obvious the federal government (barring major changes) won’t do anything truly effective about the sorry state of cable TV (saying “no” to mergers like Charter/TWC would be a start), I expect the cord cutting trend to continue. This will continue despite the same companies also owning much of the nation’s broadband access, and raising prices to make up for the decline in their cable TV business.