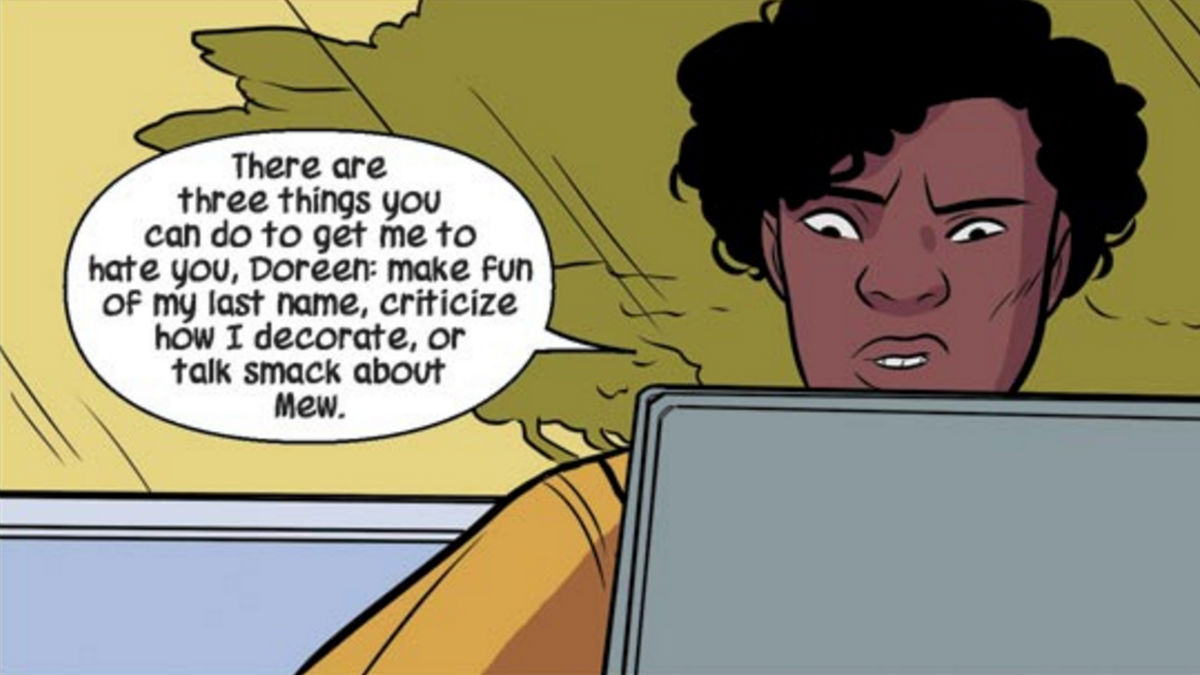 This week’s minorities in cartoons entry is Nancy Whitehead, a character in Marvel comics.

Nancy first appeared in “The Unbeatable Squirrel Girl” #1 (March 2015). She was created by Ryan North and Erica Henderson.

At the start of the school year, she made friends with her dorm roommate, Doreen Green, who has a pet squirrel named Tippy-Toe. During a robbery at a bank, Nancy saw Squirrel Girl thwart the crime, but also saw Tippy-Toe present. Nancy soon confronted Doreen with the knowledge of the latter’s superhero identity, and the two became even closer friends.

Since then, Nancy’s accompanied Doreen on some adventures. These included Nancy getting to meet her favorite (non-squirrel-themed) superhero, Thor.

Nancy’s interests include knitting, writing Thor fan fiction, and her pet cat Mew (named after Thor’s hammer, “Mjolnir”). As for what Nancy doesn’t like (as this post’s image shows) it’s people mistreating Mew, making fun of her name/decorating tastes, and people who mistreat her friends.

Favorite articles roundup for the week of September 6, 2019
10 noteworthy vegetarian cartoon characters
Minorities in cartoons: Kimi Finster
How to fix the comics industry's harassment and diversity problems?
Share this post