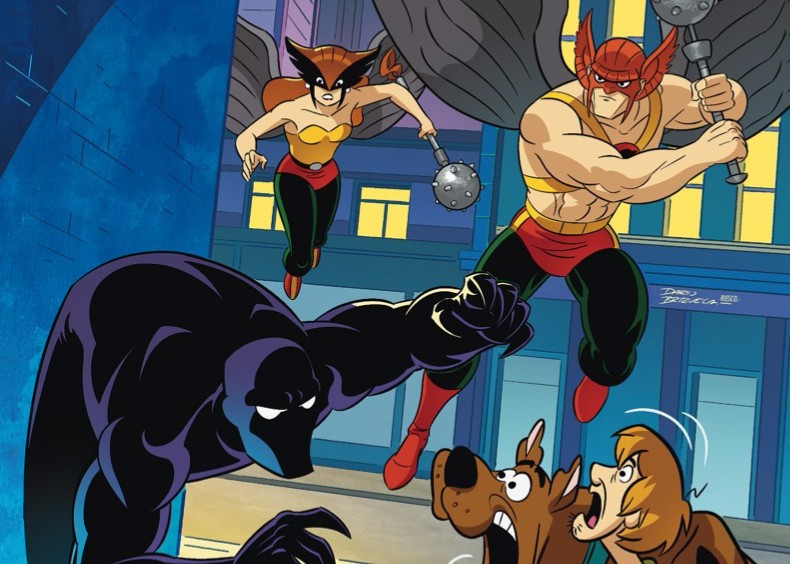 Here’s a look at what’s coming out from DC Comics for July 2016. A full list of solicitations is available here.

DC’s “Rebirth” reboot/revision/whatever continues this month, as the pre-New 52 Superman (i.e. the one from 1986-2011) fully debuts in the post-“Rebirth”/no-longer-New 52 DCU. It remains to be seen how the “Rebirth” line will treat everyone, especially Wonder Woman. Hopefully her storyline reveals the New 52’s straw-feminist portrayals of the Amazons were all a lie.

Elsewhere, it looks like we can confirm there will be a Superboy (and using that name) in the post-“Rebirth” DCU—the son of the post-Crisis Lois Lane and Clark Kent! At least this Boy of Steel (hopefully) won’t be torching Christmas trees with heat vision on purpose.

While I’ve suggested the above “Rebirth” and Hanna-Barbera books (this month’s list would be very short if I didn’t), I most look forward to “Astro City,” “Scooby-Doo,” and the digital-first books. I’m still not very optimistic about “Rebirth” in the long run, given it’s by the same DC staff as before. While I won’t miss the New 52 version of Superman one iota (if he’s truly gone), and parts of the revamp sound potentially promising, it still feels a bit like “rearranging the deck chairs.”

Outside of the DCU, the Hanna-Barbera comic reboot continues, with the first issue of “The Flintstones” out. I assume it’s going for a darker style of humor based on that book about cannibalism(?!) Pebbles is holding?

Batman ’66 this month starts a team-up with the stars of the 60s British TV show “The Avengers,” retitled in comic form “Steed and Mrs. Peel” for American trademark purposes. I liked watching “The Avengers” in the late 90s, so this should be fun.

Skipping a bit ahead to August, the “Looney Tunes” comic is getting a trade paperback collecting some of its early issues. For a title that’s run quite a long time (and without a renumbering), it doesn’t seem to get much attention from DC, so this is a pleasant surprise.

Anthony's Marvel Comics picks for February 2018
Minorities in cartoons: Harley Quinn
DC to add thousands of comics to DC Universe digital service
Who are the most popular superheroes?