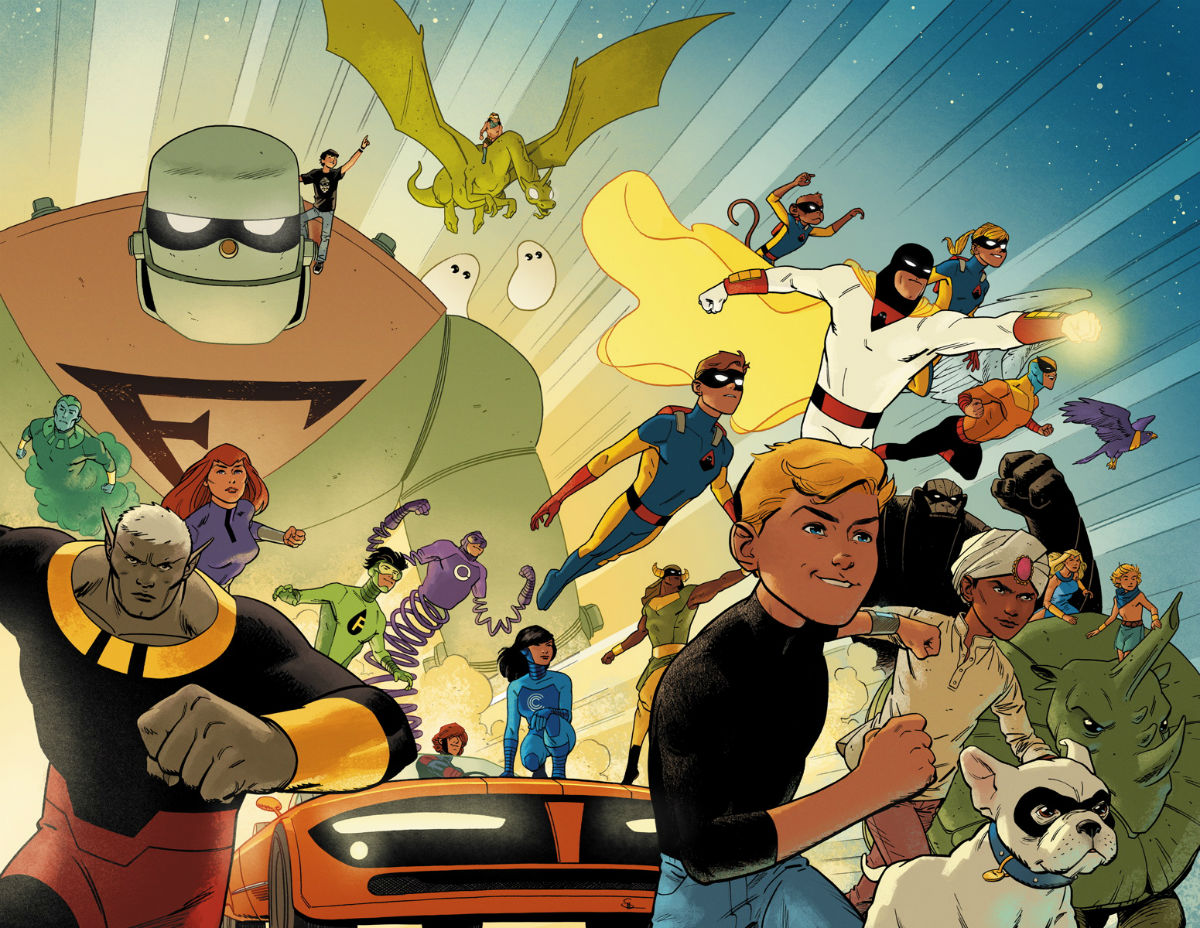 As bizarre as this post’s headline sounds, it’s true. Warner Bros., owners of the Hanna-Barbera library of characters, announced at last week’s CinemaCon (a trade show for the movie theater industry) that they plan to reboot the Scooby-Doo movies. There’ll be a new (presumably CGI) animated feature that’ll give the Scooby-Doo franchise a “hipper” edge. “S.C.O.O.B.,” scheduled for release September 21, 2018, will be the first step in “unlocking the whole Hanna-Barbera Universe.”

Time Warner’s already via DC revived some of the Hanna-Barbera properties, with a new line of comics about Scooby-Doo, Wacky Races, and the Flintstones. However, Warner Bros. and Disney’s superhero properties have been pressed into service to become superhero movie universes. Disney/Marvel kicked things off with the “Marvel Cinematic Universe” (MCU), which has been quite lucrative and popular. Warner Bros./DC have responded with what’s been dubbed the “DC Extended Universe” (DCEU), which despite some box office success, aren’t as beloved as Marvel’s: critics dislike or hate the films so far; fans are divided at best (with a few vocal defenders online); and the general public’s shrugged and moved on to the next film.

As for the idea of a “Hanna-Barbera Universe,” it’s true their shows crossed over with each other sometimes over the years, as shown by “Laff-A-Lympics.” However, I’d say it’s more of a multiverse. HB shows tend to fall into several distinct categories:

If they’re making Hanna-Barbera’s characters into movies, presumably any crossovers or tie-ins across properties will fall in line with the above categories. Despite “Scooby-Doo Team-Up,” I assume Scooby’s more likely to meet Dyno-Mutt or Speed Buggy in a movie setting than Dino or Astro. DC’s “Future Quest” comic is probably an indicator of what an expanded “Universe” will be like: the various action/adventure heroes such as the Impossibles, Herculoids, Birdman, etc. are shown coexisting with Space Ghost and Jonny Quest.

The above said, WB could take advantage of Scooby-Doo’s ties to Batman and cross the two over in a movie (theatrical or direct-to-video), since the Caped Crusader exists in Scooby’s universe via “The New Scooby-Doo Movies.” It’d keep with DC/WB still having some room for a lighter version of Batman (see the upcoming Lego Batman Movie), plus their doubling down heavily on the Great Dane and Dark Knight over the other Hanna-Barbera/DC Comics characters. “Batman V Scooby-Doo: Dawn of Sleuthing?”