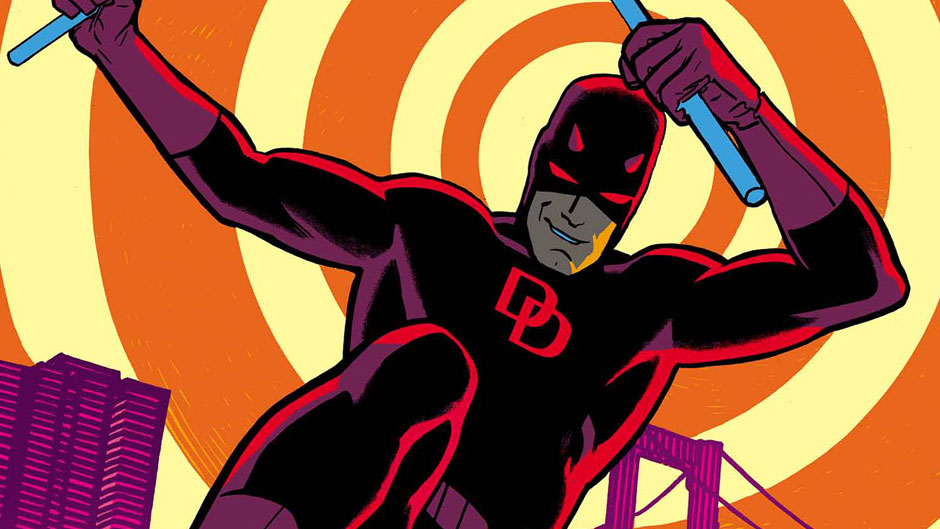 This week’s minorities in cartoons entry is Daredevil (real name: Matt Murdock). Nicknamed “The Man Without Fear,” Daredevil first appeared in “Daredevil” #1 (April 1964). He was created by Stan Lee and Bill Everett.

Matt’s origin story states he had a mundane upbringing by his father (a boxer) in New York’s “Hell’s Kitchen” (also known as Clinton) neighborhood. Matt’s father urged him to go to college one day to better himself. One day, Matt saved the life of a man from an oncoming truck. The truck, which was carrying a radioactive substance, crashed, splashing the substance on Matt’s face. While Matt became permanently blinded, his other four senses were heightened to superhuman levels, including gaining an echolocation-like “radar sense.”

Finding out his father was killed after refusing to throw a fight, Matt used his abilities to track down the killers. Matt also underwent training from an also-blind martial arts master named “Stick.” Matt became the superhero known as Daredevil. However, he also went to college to study law, becoming a highly reputable lawyer.

Daredevil’s most famous comics run came in the early 80s under writer Frank Miller, revamping the hero into having a darker, more anti-heroic edge. Matt also shares an archenemy with Spider-Man in New York crime boss the Kingpin.

In 2003, Ben Affleck played Daredevil in a movie (of the same name) that, shall I say, was less-than-stellar.