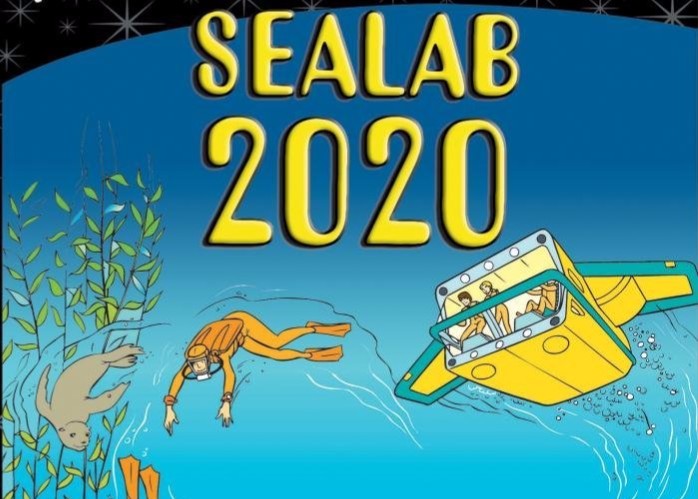 This week’s minorities in cartoons entry is “Sealab 2020,” a Hanna-Barbera animated series that aired from 1972 to 1973 on NBC.

The series focused on the 250 residents of an undersea scientific research facility in the then-far-off year 2020; said facility was headed by Captain Michael Murphy. Plots usually revolved around underwater threats and challenges, including dealing with sea creatures, endangered species, ecological and man-made disasters, and other problems.

The show reflected its early 70s origins, when the modern ecology movement had started to gain steam. It also reflects lingering 60s pop cultural interest in the Earth’s oceans (see: Aquaman’s Saturday morning series, “Voyage to the Bottom of the Sea,” etc.).

The series saw 15 episodes produced (two supposedly unaired per Wikipedia), and ran its course. However, from 2001-2005, it was revived as an Adult Swim parody called “Sealab 2021.” It had zero in common with the original series, but plenty with shows like “Aqua Teen Hunger Force” and “Harvey Birdman.” Like those two shows, “2021” saw the main cast as largely sociopaths, insane, selfish jerks, or idiots.

Marco was voiced by actor Erik Estrada, most famous for starring on 70s cop show “CHiPs.”

Both “2020” and “2021” have all of their episodes available on DVD sets, the former via the Warner Archive service.