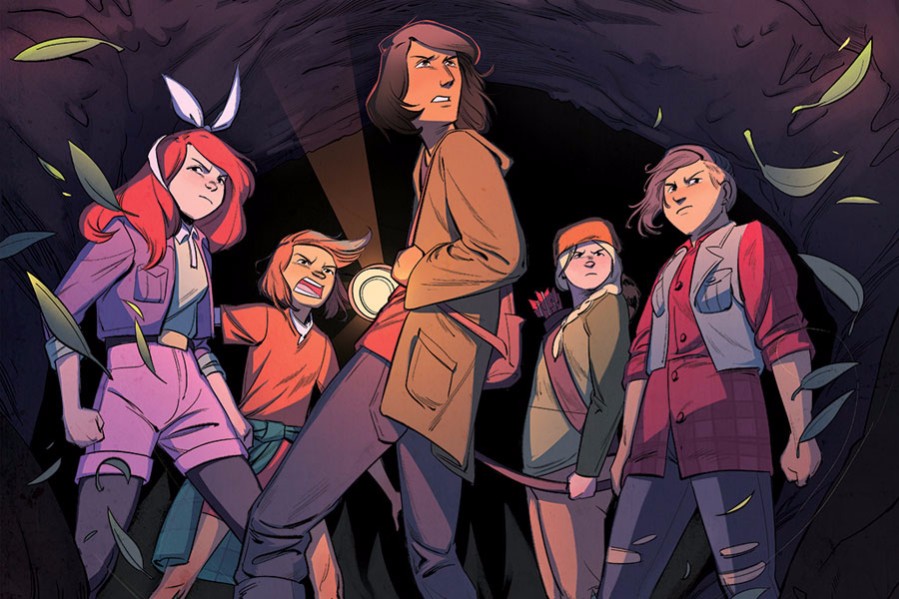 Here’s a look at what non-Big Two (DC/Marvel) comics are coming out in May 2016.

“Back to the Future” is expanding to include a miniseries based on the recent video game, along with the usual now-ongoing comic.

After a very long delay, “Chilling Adventures of Sabrina” is finally back in print. Given the length of the delay, I wonder how that’ll affect sales, if fans assumed the book’s been cancelled.

“Pearls”‘s “I’m Only In This For Me” sounds like it’d sum up Donald Trump’s presidential campaign. For that matter, Rat seems like a non-racist version of Trump (massive ego, belittling others, selfishness, etc.)!

“The Complete Peanuts” completes its compilation of the entire run of the newspaper comic strip with this final volume. Rerun had become the main character by the end of the strip’s run, so he’s heavily featured here. The book also includes some of Charles Schulz’s other work, including his pre-“Peanuts” strips.