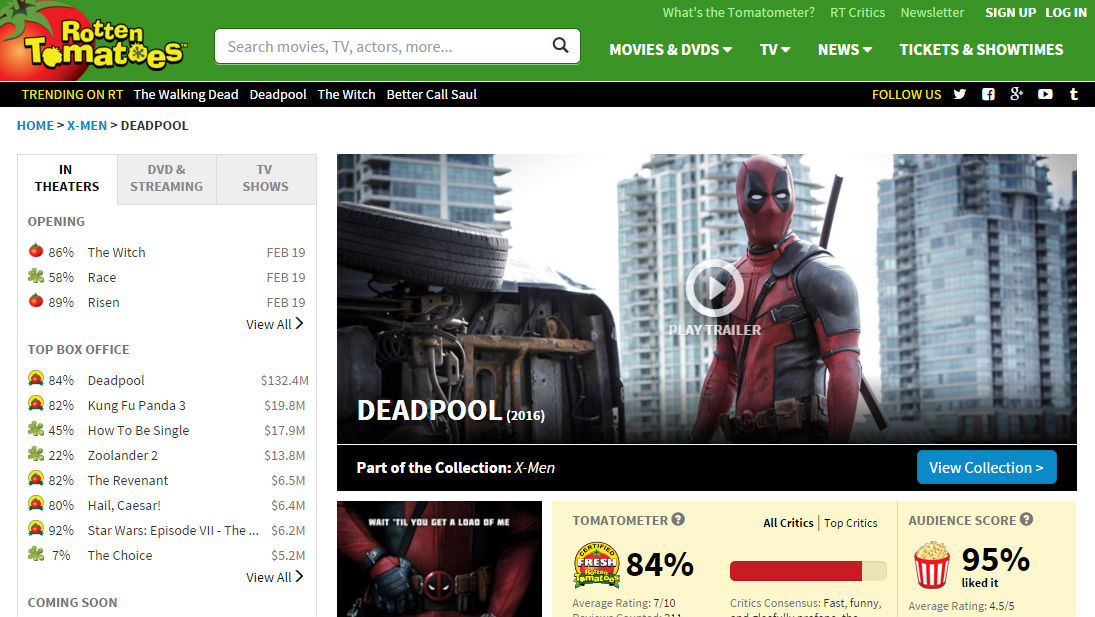 Rotten Tomatoes has been a popular online source for those wondering what the general consensus among movie critics is about films. Rotten Tomatoes and Flixster were previously owned by Warner Bros. However, they don’t seem to have affected RT’s operations or reviews much; “Man of Steel” has a 56% “rotten” rating, for instance. (The cutoff for “rotten”/”fresh” is at 60%, similar to a barely-passing grade in school.)

A concern has been raised by Gizmodo about how Fandango manages its own site’s ratings of films, and how it’ll impact Rotten Tomatoes. Research site FiveThirtyEight discovered that Fandango basically inflates most films’ ratings through various means. Since Fandango sells movie tickets, this raises concerns about a conflict of interest, or how much their movie ratings are worth. Not to mention Gizmodo’s main concern, that Fandango will mess with how RT’s ratings work in order to not affect ticket sales.

For now, I’ll keep using Rotten Tomatoes; I’d imagine any change in its ratings will be quite noticeable to users. And, of course, there’s various other websites to go to for movie ratings or reviews. Metacritic (owned by CBS Corporation) and IMDB (owned by Amazon) have been mentioned by some online as alternatives.