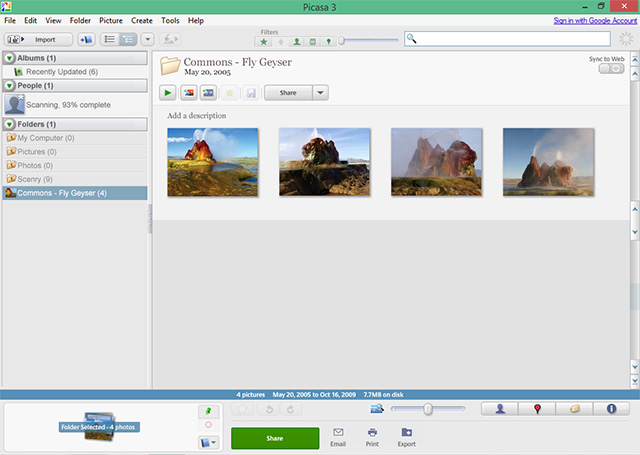 On Friday, Google announced it’s ending its support for its desktop photo management software Picasa. The program will be available for downloading through March 15, 2016; after that point, no further updates will be provided. Google is offering support for either exporting photos from Picasa, on top of the photos being available through Google Photos.

This was probably long overdue, especially given how little advertising or attention Google’s given Picasa in recent years. For starters, OS X, Windows, and many Linux distros all come with default photo management software. There’s also the switch by many to using smartphones for taking photos, with said photos backed up into online services automatically. Finally, Google’s been making improvements to its Google Photos service to cover much of what Picasa did.

Still, Picasa did have its fans, though they’ll now have to find some other photo management software if Google Photos or their operating system’s default programs aren’t good enough. I don’t have any recommendations for Windows. For OS X, I’d probably go with the default Photos program, or an open source program. On Linux, I’d recommend Shotwell.

Did you ever use Picasa? What’d you make of it, and what will you be switching to (if you haven’t already)?