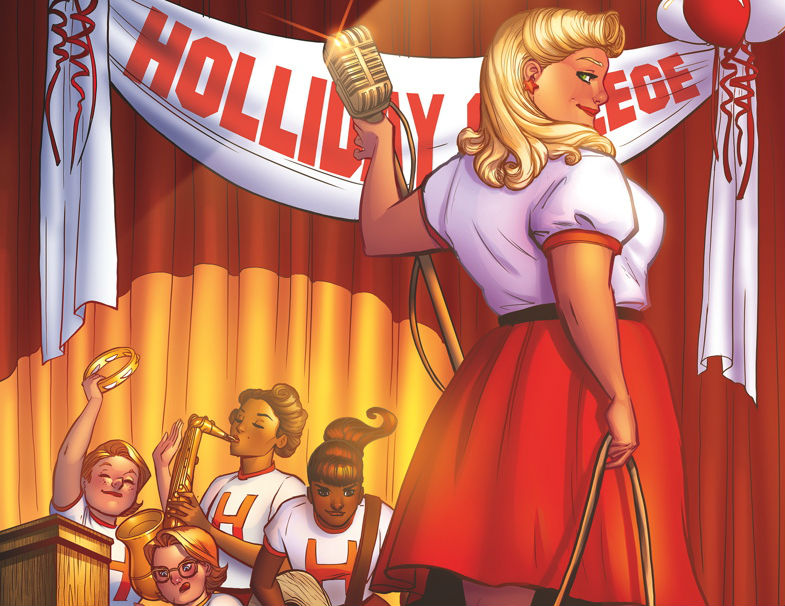 Here’s a look at what’s coming out from DC Comics for April 2016. A full list of solicitations is available here.

The next 90s item brought back by DC this month is their mostly-forgotten 1993 crossover “Bloodlines.”

“Legends of Tomorrow” sees Sugar and Spike visit “Superman Island.” This was an island shaped like Superman (and built by the Man of Steel himself) that first appeared way back in “Action Comics” #224 in January 1957. The island eventually was sent into space, and reappeared in November 1980’s “Action Comics” #513. To my knowledge, that was the last time Superman Island appeared in any story until now.

“The Legend of Wonder Woman” sees an appearance of Etta Candy and the Holliday Girls, the sorority to which Etta belonged in Golden Age stories.

On the trade paperback side of things, DC’s reprinting “Supergirl: Cosmic Adventures in the Eighth Grade,” a fun kid-friendly Supergirl miniseries. Meanwhile, “Batman ’66″‘s TPB includes the one-shot “Batman ’66: The Lost Episode” story that introduced Two-Face into the “Batman ’66” setting.

An omnibus of the late 60s run of “Justice League of America” is being published. Finally, we’re getting a collection of stories celebrating 2016 as the 75th anniversary of Green Arrow.