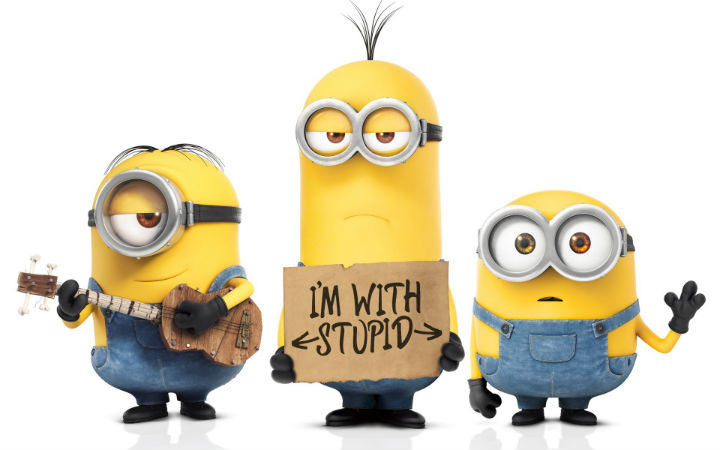 This marks the final weekend of the year for 2015, so I thought I’d look at the year’s top-grossing animated films. While there’s a few days left in 2015, I don’t think it’ll make enough of an impact at this point.

The domestic top 10 grossing animated films released in 2015 are listed below. Figures are taken from Box Office Mojo, are as of today’s writing (12/27/15), and can/will change. Some of the films below are still in theaters.

“Inside Out” is the top domestic animated film for 2015, with “Minions” close behind. A good thing for Pixar, as “The Good Dinosaur” isn’t exactly burning up the box office, with Tip, SpongeBob, and even Charlie Brown making more money so far.

As usual, international audiences have different tastes from North Americans. Here’s the top 10 on a global level, again as of this writing, along with (in parentheses) the percentage of its gross the films made outside North America.

By a country mile, the global top animated film is “Minions.” While it did well here (coming in at #2 behind domestic champ “Inside Out”), it really cleaned up overseas. Same goes for the “Dragon Ball Z” movie and “Shaun the Sheep.” International audiences also loved “Hotel Transylvania 2,” “Home,” “Inside Out,” “The Good Dinosaur,” and “SpongeBob.” Of course, “Home” doing so well makes a lie out of the idea that non-North Americans won’t see films starring or co-starring Black characters.

In fact, the only films that earned less than 50% (after rounding) of its take from overseas audiences are “The Peanuts Movie” and “Strange Magic.” While Charlie Brown and company have had a gradual international roll-out, I wonder if the low percentage might be from “Peanuts” not as popular a franchise outside the US? That said, Japan and other countries like Snoopy, hence the film being released in some countries under the title “Snoopy and Charlie Brown: The Peanuts Movie.”