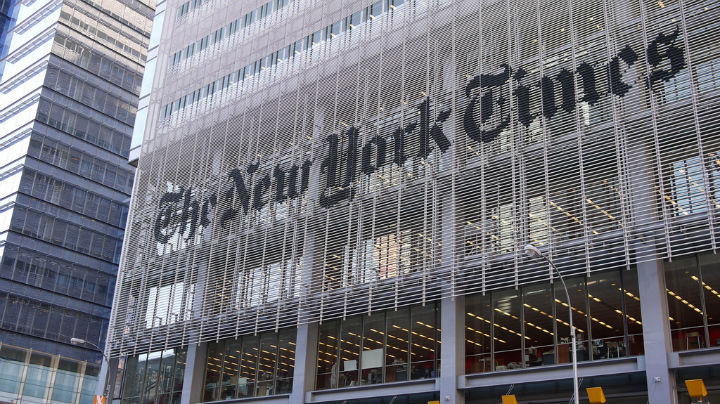 Today’s edition of the “New York Times” comes with a front page editorial, the first one the paper has run since 1920. This editorial is on the lack of action by the United States’ politicians (particularly Congress) on the issue of gun control. It comes after a mass shooting in San Bernardino, California (a Los Angeles suburb) several days ago, where 14 people were killed and 17 injured. The California mass shooting comes on the heels of: a mass shooting at a community college in Oregon almost two months ago; the US’ high number of police shootings (especially shootings of minorities); and the US’ sky-high death rate from firearms compared to other western nations.

Admittedly, the New York Times running an editorial on its front page seems unorthodox, given it went through the past century’s events without doing so—various wars, the civil rights movement, the World Trade Center attacks, natural disasters, etc. Of course, the paper’s frustration level over the lack of action is shared by many, including President Obama.

Fellow Big Apple paper the New York Daily News was less subtle about its feelings on the lack of gun control/mass shooting action. The paper ran a cover noting that “thoughts and prayers” alone aren’t enough to fix things. Especially given only a few days after the San Bernardino shootings, the conservative-controlled Congress blocked even modest gun control measures.

Elsewhere, broadcast media demonstrated in the worst way why the Internet’s becoming a more popular place for many to receive news. CNN and MSNBC reporters a few days ago broadcast live from the now-unoccupied apartment of the San Bernardino shooters, exposing on-air various documents in the apartment. This included driver’s licenses and social security cards, information on them not blacked out—and said cards/licenses weren’t the now-deceased shooters’. It all showed a very appalling lack of respect for journalism standards. When Fox News managed to avoid committing the sensationalism that CNN and MSNBC just did, it’s a sign that something’s seriously wrong with TV news. It’s also a reason I prefer to get my news from online sources or NPR. Given TV is still the dominant source of news even with a rise in cord-cutting, that just makes proper broadcast journalism even more important.

As for my own hope of seeing a reduction either in mass shootings or police shootings, I’m not optimistic. Barring a mass shift in politics (including influence of money/lobbying groups like the NRA over Congress), public opinion, demographics, and the US’ libertarianism, I don’t see much changing. And no, my buying a firearm and “standing my ground” for “protection” like Quick Draw McGraw or Wyatt Earp won’t work, even if I remotely wanted to do such a thing. (“Vaguely scary-looking Black guy with a gun!”) Besides, I shouldn’t need to be packing heat Old West-style just to go on a trip to Target, live in my apartment, or merely exist safely in a functioning modern society. Never mind that the number and ratio of gun homicides, including police shootings, are much lower in Canada, Australia, or the United Kingdom versus the “land of the free,” even factoring in fairly high gun ownership rates in Canada.

“This Modern World” summed things up pretty well, including my resignation to nothing changing anytime soon. It’s also why I usually repost that strip to Twitter and Facebook after the latest mass shooting that happens.