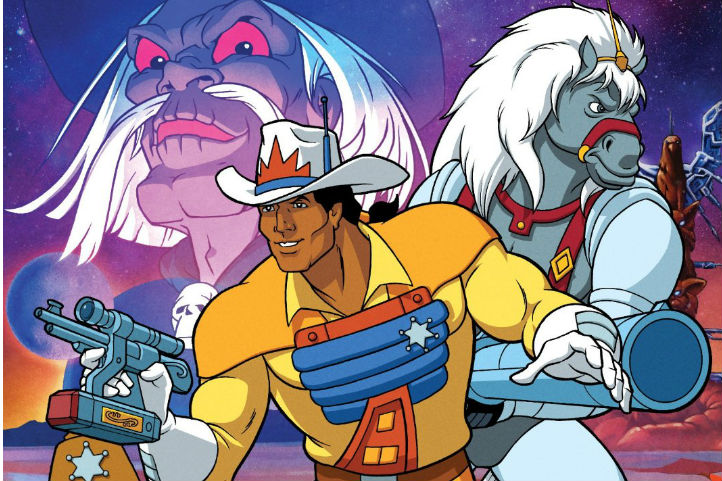 This week’s minorities in cartoons entry is “BraveStarr,” a Filmation animated series that ran in syndication from 1987 to 1988.

“BraveStarr” was a “space western,” taking place in the 23rd century on the distant world of “New Texas.” The series’ star (no pun intended) was Marshal BraveStarr, a Native American from Earth. As the law, BraveStarr kept the peace on New Texas alongside his sidekick/steed, a talking sometimes-bipedal horse named Thirty/Thirty.

Along with various sci-fi-style technological aids, the marshal also could call upon “spirit animals” for further assistance, who could grant the hero with superhuman strength, speed, hearing, and eyesight.

The series ran for 65 episodes. A prequel theatrical film was also released. Similar to the earlier Filmation series “He-Man,” a line of toys was produced.

“BraveStarr” is notable for being the final TV series produced by Filmation. The studio shut down soon after the show completed its run. It’s also one of the few American animated TV series starring a Native American character.