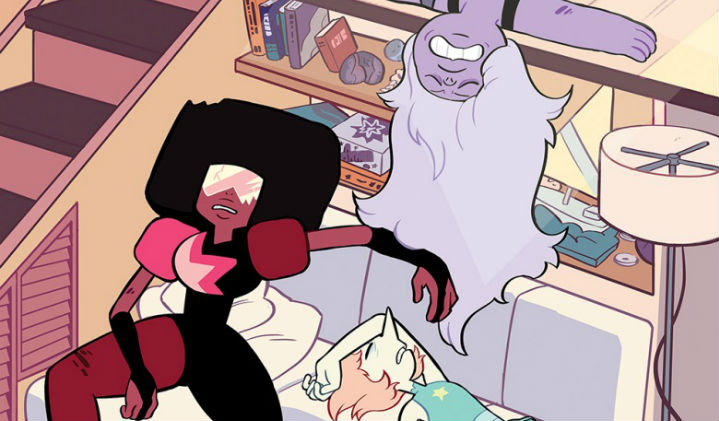 Here’s a look at what’s coming out from non-Big Two (DC/Marvel) comic companies in February 2016.

Archie’s releasing the first trade paperback of the reboot of its flagship title. Meanwhile, “Betty and Veronica”‘s Double Digest is here since it features Sabrina the Teenage Witch dating Archie (after breaking up with Harvey). Magic-related hijinks presumably ensue.

“Steven Universe” gets a trade paperback of its previous series, as well as the first issue of a new miniseries.

IDW is releasing Valentine’s Day themed variant covers. “Back to the Future””s cover is themed around the Enchantment Under the Sea dance from the first film. Of course, that film’s dance took place in November.

“FoxTrot” gets a new collection this month. The title alone’s pretty funny.