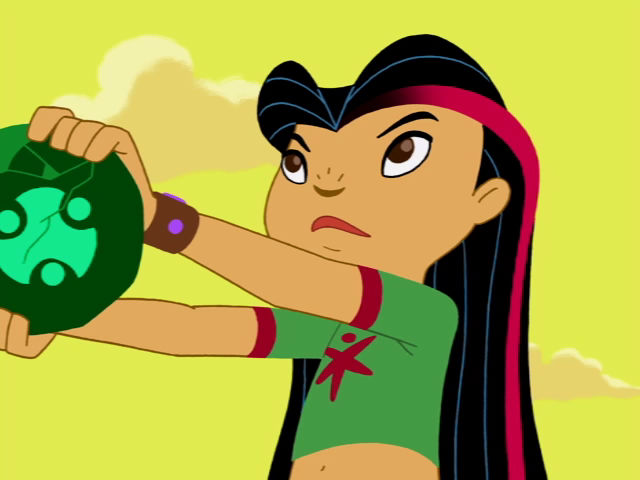 This week’s minorities in cartoons entry is “The Life and Times of Juniper Lee.” “Juniper Lee” aired on Cartoon Network from 2005 to 2007.

The series focused on the adventures of Juniper Lee, a preteen girl who lived in fictional Orchid Bay City. She’s inherited from her grandmother the role of the protector of the magic realm. Said realm’s hidden from ordinary humans.

As the new “Te Xuan Ze,” Juniper has various superhuman abilities, including enhanced strength, speed, and the ability to use magic. Her job is to keep humans in the dark about the magical world, and to keep things in balance between the human and magical worlds.

The series aired on Cartoon Network for three seasons of 40 episodes total. However, “Juniper Lee”‘s largely been off the air since its run ended.

Juniper appeared in a few of the Cartoon Network-based anthology comics produced by DC Comics in the 2000s.

The only DVD or digital video release for the show as of this writing is an Australia released region 4 DVD set of the first season.

Judd Winick, a comic writer and former star of MTV’s “The Real World,” created the series.