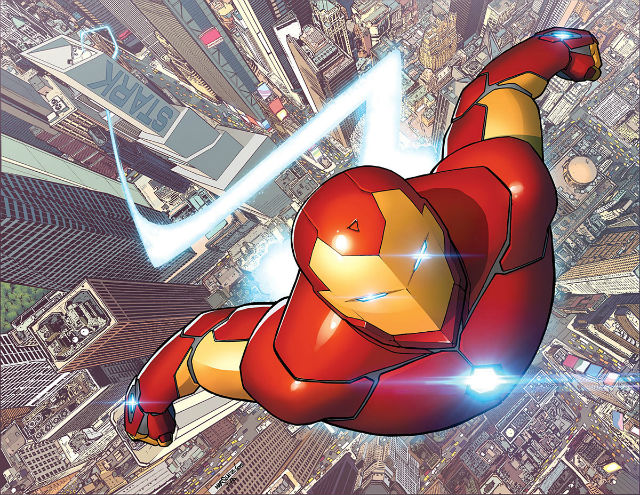 October’s comic shop sales figures are in, and thanks to the current Marvel soft reboot (with a pile of new #1 issues), Marvel completely dominated the top 10 this month, as well as the direct market as a whole. The top-selling comic this month was “Invicible Iron Man” #1. Others that did well: “Spider-Gwen,” “Guardians of the Galaxy,” and the usual “Star Wars” books, including one for Chewbacca.

The top 10 sales figures are below; sales information from Comichron.

The top selling trade paperbacks are listed below; information also from Comichron.

While Marvel took the top two trade paperback slots, non-Big Two companies also did well, including popular titles such as “Lumberjanes” and “The Walking Dead.”

This is the first time Marvel’s taken all top 10 selling slots since January 2005, and their highest for the top 300 selling books ever. It’s also a low point for DC’s sales, in turn. DC’s already had a rough time this year, and I doubt they’re pleased with Marvel’s sort-of-a-reboot doing this well. Of course, I assume in the short term, DC will rely even more on Batman and/or the attention for the upcoming “Batman V Superman” movie in March. Expect Marvel’s numbers to sink back to normalcy for November’s sales.