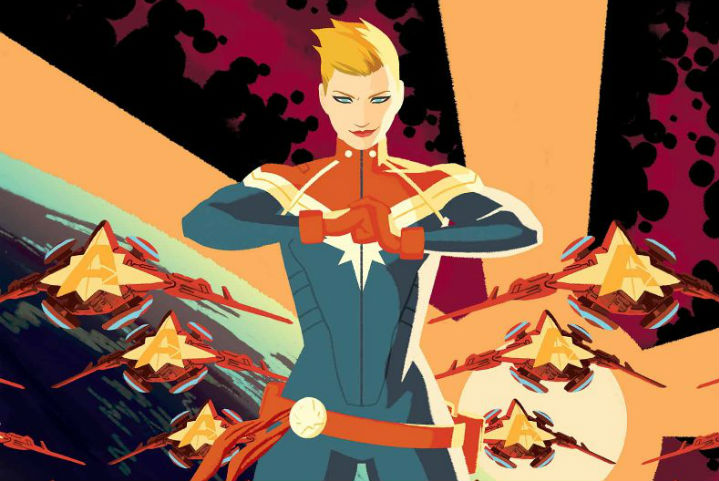 Here’s a look at what’s coming out from Marvel in January 2016. A full list of solicitations is available here.

There’s some Captain America material, as an early lead-in to next May’s “Captain America: Civil War” movie. Still, no sign of Miles Morales‘ own solo book?

“Old Man Logan” ‘s version of Wolverine is being thrown into the mainstream Marvel Universe, presumably minus the questionable elements involving the Hulk. “Mature readers” indeed…

“Captain America: Sam Wilson” only promises the release of an all-new Falcon. Recently, the book’s gotten into the news for raising backlash from Fox News and other conservatives, via a storyline where Sam fights a longtime set of villains who were engaged in racist, anti-immigrant antics along the US-Mexico border. One guess why the AM talk radio set’s livid.

On a more positive note, I like the description for “Howard the Duck”: “Join Chip & Joe for … DUCK HUNT! The storyline created just so we could use that title!”

In the new #1 category this month: Captain Marvel and a new Rocket Raccoon/Groot starring comic.