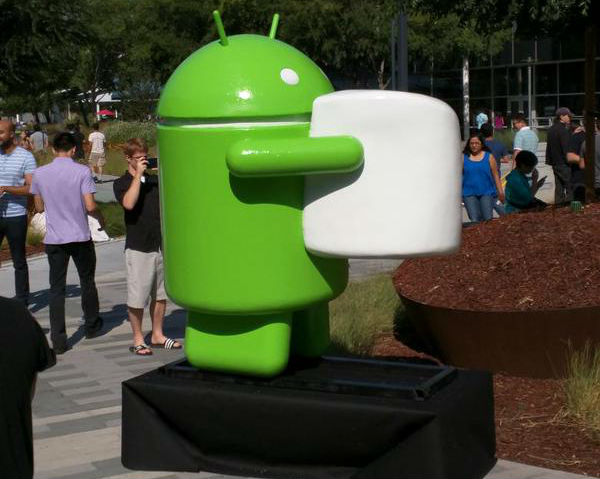 Android Lollipop, the most recent version of Android, has only a 23.5% device share. The most popular version of Android in use is KitKat, on 38.9% of devices. This suggests Marshmallow will be lucky to even reach a full quarter of Android devices before Android 7.0 (whatever sweet it’s named after) is released.

Of course, one reason for this fragmentation is that there’s no reason to upgrade tablets as quickly as smartphones, so there’s plenty of Android tablets running older versions of the operating system. The bigger reason, however, is phone vendors themselves, who’d rather sell the latest model than upgrade an older one. The customized skins many phone makers put on their phones, as well as an apathetic attitude toward updates, also results in a lot of phones running older versions of Android.

While an older OS isn’t a complete game-breaker for most, not getting regular security updates has become a big concern lately, with major Android bugs becoming big liabilities. The Stagefright bug became prominent enough to finally force vendors to regularly release more frequent security patches for phones. However, by its nature, Android’s update system is still not as smooth as that on other mobile OSes. Android’s security situation isn’t easy to fix.

This all contrasts to Apple’s iOS; Apple has the advantage of directly controlling iPhone and iPad upgrades. As of October 5, 57% of all Apple devices are running the latest version, iOS 9. 33% are running iOS 8, released in September 2014. Only 10% of Apple devices run a version of iOS from before iOS 8. Contrast to Android’s situation, where 76.5% of devices run a pre-Lollipop version; Lollipop was released in November 2014. On the plus side, a lot of Android users are stuck on two-year contracts, so as their contracts run out (and they want a newer device), they’ll presumably move up to the newest versions of Android.

My Nexus 4 smartphone’s officially reached the end of the support line, with Google only releasing Marshmallow on Nexus versions from the Nexus 5 on up. When I get a new phone, the frequency of Android updates will matter to me… and relatively frequent updates will usually come with unskinned phones, such as the Nexus line or the Moto line.

Google releases its 2019 "year in search" results
Google to end support for Picasa
Whatever happened to Microsoft and Blackberry's mobile presence?
Several ways to improve your internet privacy