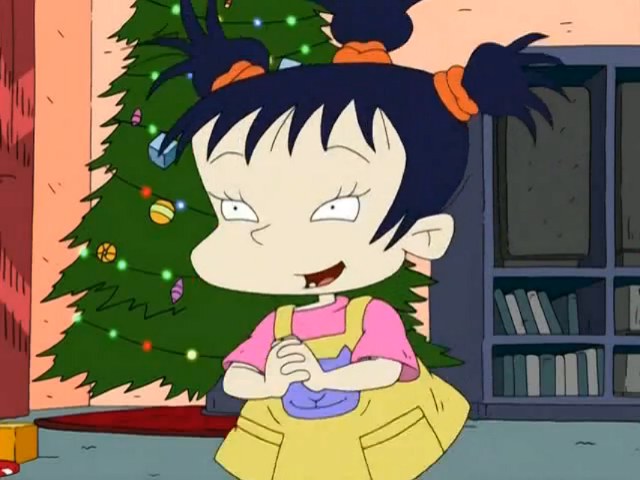 This week’s minorities in cartoons entry is Kimi Finster, a character on the Nickelodeon series “Rugrats” and “All Grown Up!.”

Kimi first appeared in the second “Rugrats” theatrical film, “Rugrats in Paris.” The film’s plot sees Chuckie’s father, Chas, nearly marry a crooked wealthy businesswoman named Coco LaBouche. However, Chas soon falls for Coco’s beleaguered yet kind-hearted assistant, Kira. Kira is the single mother of a 1-year-old girl, Kimi. By the end of the film, Chas and Kira are married. As such, Chuckie and Kimi become step-siblings.

Kimi is the last major addition to the “Rugrats” cast. She’s an extroverted, cheerful, and energetic girl. Similar to Tommy, she’s also quite adventurous.

The spin-off series “All Grown Up!” fast-forwards the “Rugrats” cast to their pre-teen years. Kimi’s shown on the spin-off series as still energetic, free-spirited and outgoing, as well as athletically inclined. She also works part-time at her family’s coffeeshop.

Kimi and Kira are of Japanese descent, as shown in an “All Grown Up!” episode where Kimi does a class project on her family’s heritage.

Cartoons at the box office: We've got a gorilla for sale, a movie gorilla for sale...
Just how big is Smallville?
Minorities in cartoons: "Sealab 2020"
The 2018 Golden Globe Awards animation nominees announced
Share this post