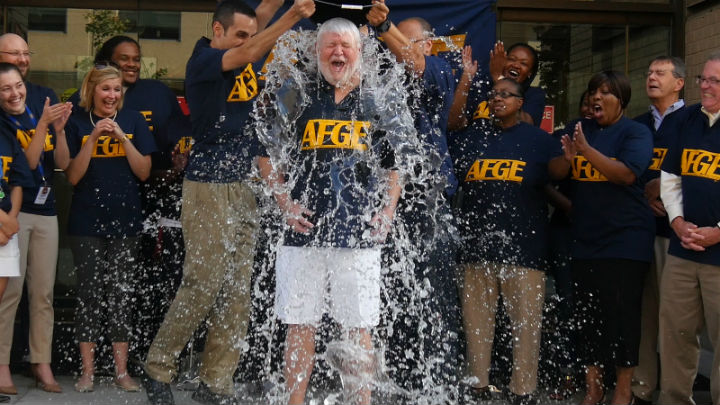 For decades, the telethon was hosted by comedian Jerry Lewis, who stayed with the telethon from its 1956 debut until leaving it in 2010. The telethon spent its last few years reduced in length, from a whopping 21.5 hours to a mere two hours in 2014, its final year.

While much money was raised by the telethons, the organizers clearly feel its day has passed, and for good reason. Telethons nowadays are mostly only seen after major disasters (hurricanes, etc.), and TV stations are likely less eager to lose air time to a day-long telethon over more profitable ventures. There’s also the overall recent shift away from watching traditional TV to Netflix, YouTube, various devices, etc. The MDA telethon also was noted for the extremely dated, old-fashioned nature of the whole thing.

Finally, the MDA has noted that the march of technology’s eclipsed it in fund-raising means. While the final 2014 telethon raised $56.9 million, last year’s famed online ALS “ice bucket challenge” raised $100 million in a month’s time. Thus, the MDA notes it plans to pursue online and other fund-raising measures. It’s nice that the MDA plans to adapt to the times and update how it raises funds for a worthy cause.

Speaking of the ice bucket challenge, a few famous comic strip characters had gotten in on that, including: