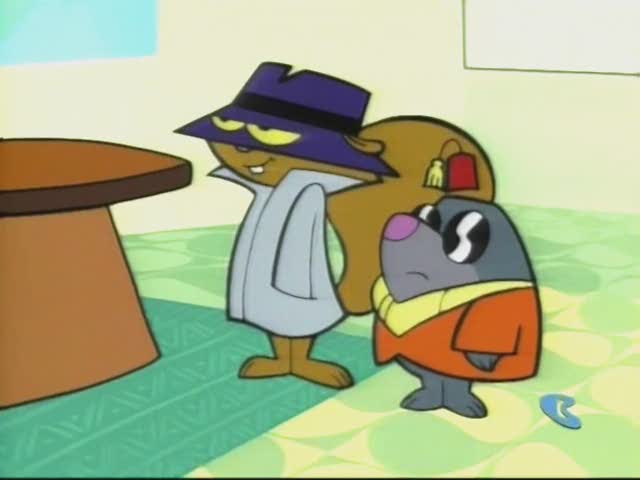 This week’s package show look goes back a bit further than usual. This time, it’s a look at 1965’s “The Atom Ant/Secret Squirrel Show” and its respective supporting characters.

The show debuted as an hour-long show on NBC in 1965, and aired on the Peacock network through 1967, with occasional split into separate half-hour shows. It’s aired since then in syndication as separate half-hours.

Atom and Secret are among the final early/classic Hanna-Barbera funny animal characters. Subsequent HB productions through the 1980s were largely influenced either by action-based/”realistic” shows (“Space Ghost,” “Jonny Quest”) or Scooby-Doo and his clones. However, a few newer characters appeared in the 70s (Grape Ape, Jabberjaw).

The show’s individual segments are described below. 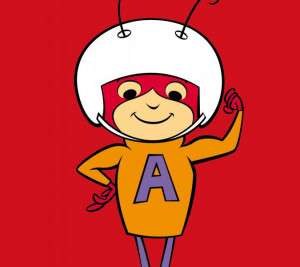 Atom Ant is a super-powered, four-limbed ant superhero that made his home in an anthill stocked with crime equipment, a TV, and exercise equipment. When needed by the city to fight crooks, giant robots, or other threats, Atom would fly out of his anthill to the rescue. Atom’s powers included flight, super-speed, super-strength, and invulnerability. No origin was given for his powers. Atom Ant’s battle cry, as noted in his half-hour show’s opening, is “up and at ’em, Atom Ant!”

Atom has no relation that I know of to British rock singer Adam Ant. He’s also no relation to DC Comics’ (Silver Age) Atom or Marvel’s Ant-Man, who both debuted in 1961 and 1962 respectively, though the Atom and Atom Ant are corporate cousins. Hanna-Barbera’s library and DC Comics are both owned by Time Warner.

Post-series, Atom appeared in a few of the reunion Hanna-Barbera shows, including 1970s series “Yogi’s Gang.” He also appeared as a teenaged superhero (a la Superboy) in the ill-fated (and ill-conceived) early 90s Yogi Bear spinoff “Yo Yogi.” Like most of the major Hanna-Barbera characters, Atom also was parodied on Adult Swim’s “Harvey Birdman” as a washed-up superhero. Atom also appeared in MetLife insurance company’s Super Bowl ad from 2012, which used a multitude of classic cartoon characters.

Here’s the opening for Atom Ant’s half-hour show. The narrator is Ted Cassidy, better known as Lurch from “The Addams Family.” 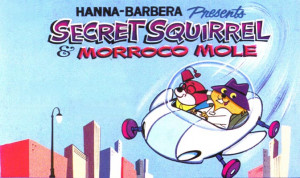 Secret Squirrel is, as his name implies, a secret agent squirrel (“Agent 000”) for the “International Sneaky Service” spy agency. His segments, of course, parodied the then-current James Bond-fueled spy craze. Along with his sidekick Morocco Mole, Secret fought a myriad of villains, including arch foe “Yellow Pinkie,” a parody of the James Bond films’ Auric Goldfinger. Secret would make use of various often-ludicrous spy gadgets, weapons, and whatnot, most concealed in his trench coat or always-on fedora.

Out of all the segments in this post, Secret Squirrel’s probably the most popular one. (The truckload of fan art alone I found via Google Images when writing this post certainly suggests such.) Besides Secret and Morocco appearing in a few reunion specials, the two also gained a revival as a backup segment on TBS’ 1993 series “2 Stupid Dogs.” The show’s “Super Secret Secret Squirrel” segments set Secret and Morocco in a world of funny animals, but still engaged in fighting assorted criminals, including this series’ answer to Goldfinger/Yellow Pinkie, “Goldflipper,” a gold-obsessed seal. Other villains also parodied a few James Bond foes, such as “Doctor O” (an opossum).

While we never got a backstory for Secret, we did get one on the revival series for Morocco. Before meeting Secret, Morocco was the mistreated twin brother of an evil, non-bumbling villain named Scirocco. A pretty hilarious sequence explains Scirocco was evil even as a baby, and somehow even before the twins’ birth. One episode of the spin-off made use of Morocco’s abilities as a mole, namely his ability to navigate underground in the dark.

Secret also appeared on “Harvey Birdman,” where he got sued for constantly “exposing” himself when opening his trench coat. More recently, Secret and Morocco appeared in the above-mentioned Super Bowl MetLife ad, as well as a 2015 issue of the comic “Scooby-Doo Team-Up.”

Secret’s also had some impact on popular culture. Secret and Morocco made cameos in the 2000s in the left-leaning political comic strip “This Modern World,” trying (and failing) to find proof Saddam Hussein had weapons of mass destruction. Finally, Secret’s name has become slang—something secretive or “hush-hush” is sometimes referred to as being “secret squirrel.” 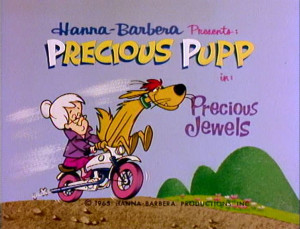 Precious Pupp is a shaggy looking dog that was the beloved pet of Granny Sweet. The dog often gave a wheezy laugh, similar to several later Hanna-Barbera dogs, most prominently Muttley of “Wacky Races.” 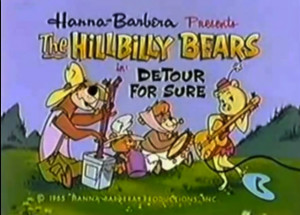 “The Hillbilly Bears” tied into another 60s trend, hillbillies (and sitcom “The Beverly Hillbillies”). The segments focused on the Rugg family: parents Paw and Maw, son Shag, and daughter Floral. Paw tended to be lethargic, speaking a barely-comprehensible mumble.

The Bears made a few post-series cameos, including a short for Cartoon Network where they appear on a “Jerry Springer”-like talk show. 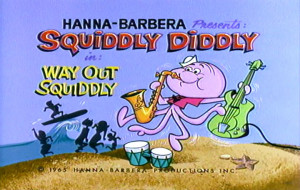 Squiddly Diddly was a happy-go-lucky sea creature that more resembled an octopus than a squid. (A similar state of confusion exists in modern cartoons with “SpongeBob SquarePants”‘s Squidward Tentacles.) Squiddly lived at the Bubbleland Aquarium, where he annoyed the aquarium’s owner with his antics/occasional escape attempts. Similar to Squidward, Squiddly enjoyed playing music, which drove a lot of his plots.

Squiddly’s been depicted in, of all places, an Alan Moore comic from 2015, “Nemo: River of Ghosts.” Wikipedia states a British sitcom, “Only Fools and Horses,” supposedly also mentioned Squiddly. Was Squiddly that popular over in the UK? Or just a coincidence? 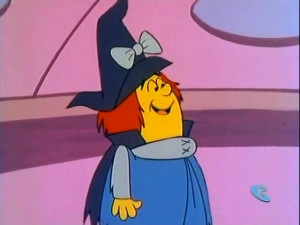 I’ve written about Winsome Witch before, mostly because of her distinction (as far as I know) that she’s the first solo female star of an American made-for-TV cartoon, albeit as a supporting segment.

Winsome, or “Winnie” for short,” was a good-natured witch who used her magic for noble purposes, contrary to the negative image of witches. Despite occasional magical misfires, she was apparently good enough that even the US government recruits her services in one episode.

Post-series, Winnie appeared in the “Fender Bender 500” shorts of the early 90s. “Fender Bender 500” was a modernized remake of “Wacky Races,” with the classic Hanna-Barbera stars racing wacky themed trucks. There, Winnie raced a cauldron-on-wheels called the “Sonic Broom.”