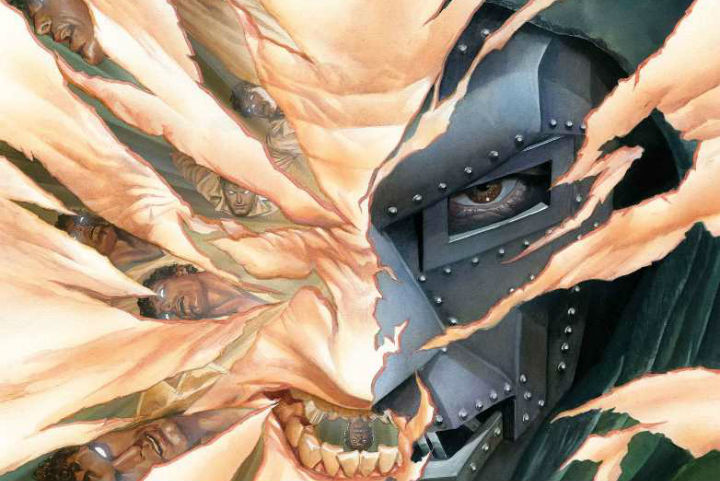 Once again, Marvel’s “Secret Wars” is the top-selling comic for July, per the latest Diamond sales figures. The top 10 sales figures are below.

On the trade paperback side, here’s the top 10:

As you can see, “Secret Wars” and its tie-in titles (with a lot of #1’s) did well for Marvel, despite the confusing sounding premise of “Battleworld.” “Star Wars” has become one of Marvel’s biggest and newest franchises, taking three of the top 10 slots.

On the trade paperback side, there’s a more diverse mix of companies, including smaller ones like Dynamite and Valiant.

Archie has good news to report: its highest selling comic in, as far as I can tell, quite a few years. The reboot of “Archie” has gone well critically and in terms of sales, coming in seventh place—a rarity for a non-superhero humor book. As far as I know, this is probably the highest sales rank the regular “Archie” core comic has achieved since the late 1960s, when “The Archie Show” on TV boosted sales of the related books.

Comichron notes another achievement for Archie: despite “Archie””s renumbering with the reboot, it’s still the publisher with the highest-cover-numbered American comic with no significant break, “Sonic the Hedgehog” (now in the 270s). Allowing for breaks, the highest numbered comic on US newsstands is “Walt Disney’s Comics & Stories”; IDW’s kept the revived title’s historical numbering, putting it in the 700s.

The website Sktchd notes that DC’s only strong sales since the New 52 started have been just for its major events, sinking back to mediocre levels right after the event’s over. Given DC’s history, roster of characters, its “Big Two” status, and amount of hype for its reboots/revamps, it seems odd that, first issue or not, a comic about Lando Calrissian—a secondary “Star Wars” character—has outsold the entire DC line, including “Batman.” Ditto Archie Andrews having outsold everything from DC other than “Batman.” Of course, this is from DC’s business standpoint; for comics as a whole, it’s a good thing that non-superhero genres are selling well.

2016 bookstore comic sales: Scholastic, Telgemeier are still popular
"Supergirl" is coming to CBS
"The Woods" is the 2017 GLAAD Media Awards winner for Outstanding Comic Book
What are the best selling "Scooby-Doo Team-Up" issues?