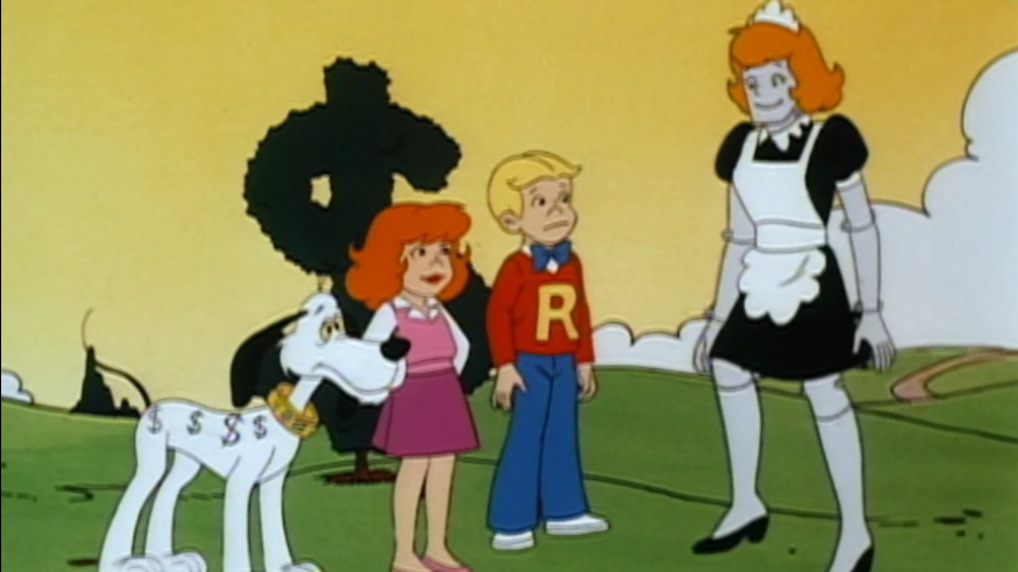 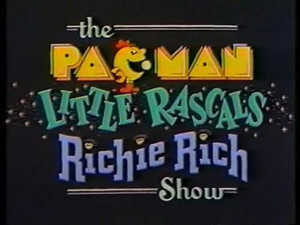 I haven’t written about one of these in awhile, but in the interest of documenting  the odd phenomenon of the package program craze of the 70s/80s, here I go.

I’ll discuss the individual shows below.

During the 1970s and 80s, Saturday morning made heavy use of the “package program”/”package show.” It’s a format that’s just two or three separate half-hour programs airing as a single “show,” with a standalone introduction (and sometimes connecting bumper segments). The separate shows’ characters usually only will ever interact or reference each other in the introduction and bumpers. After the package program’s initial airings, the separate shows would usually just air in reruns/syndication by their individual shows’ names and openings. For instance, the late 70s “The Scooby-Doo/Dynomutt Hour” has aired in reruns to this day as the stand-alone “Dynomutt” and “The Scooby-Doo Show” half-hour programs.

The exact term for such programs seems variable upon research. I previously used “anthology shows” as the term of choice. However, a Google search/TV Tropes suggests that term is used more for a single program that’s made up of individual shorts. Examples include “The Bugs Bunny/Road Runner Show,” “The Huckleberry Hound Show,” or “Animaniacs.”

Meanwhile, there’s the term “programming block,” which’re several hours long and the name of a loosely themed lineup of separate shows. Unlike package programs, they don’t pretend to be a standalone show. However, they’ll often have their own bumpers and openings/closings. The “Disney Afternoon” from the 1990s and Cartoon Network’s “Toonami” are examples of programming blocks.

Networks made use of these package shows in the late 70s and 80s. The changing TV landscape in the early to mid 80s saw them die off. Since then, the trend in programming’s shifted to blocks, the occasional shorts anthology shows, or actual program crossovers. 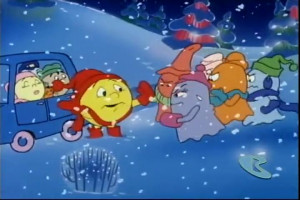 I’ve summed up “Pac-Man” in a post about its Christmas special, so won’t repeat it here. Still, the show was the first TV show based on a video game. It was also an early entry in the sign of things to come: TV shows based on existing merchandise. Pac-Man, of course, was highly popular in the early 80s.

Since its early 80s airings, “Pac-Man” has been seen off and on in syndication. The Christmas special is still an annual mainstay on Cartoon Network or Boomerang.

In 2013, Disney XD released a more modernized Pac-Man cartoon, “Pac-Man and the Ghostly Adventures.” Among other changes, Pac-Man’s a (pac-)teen here, and the ghosts (not “ghost monsters”) more closely reflect the games’ versions. For some reason (worry over drug references?), the power pellets have been dropped in favor of the game’s various fruits as the source of Pac-Man’s chomping power. Like much of animation nowadays, this show’s also in CGI.

Both seasons of “Pac-Man” were released to DVD box sets in 2012 via the Warner Archive service.

The Hal Roach “Our Gang”/”The Little Rascals” shorts had been a TV mainstay for decades by the 1980s. However, the 80s saw a Hanna-Barbera-produced animated version get produced that lasted two seasons. The kid gang had been animated in one-off specials or public service announcements several times before.

The animated series kept most of the traditional “Little Rascals” elements, but updated the gang as living in the then-present day, with TVs, more modernized racial and gender roles, etc. Buckwheat in particular was made into the gang’s genius inventor. He’d create a bunch of cobbled-together gadgets from junk, such as the dog-powered go-kart from the show’s opening credits.

Since ending its run, “The Little Rascals” has completely vanished from the airwaves in the United States. Cartoon Network’s overseas verisons did air the show for awhile. I wonder if its lack of airings stateside are from the confusing and splintered nature of the “Our Gang”/”Little Rascals” rights.

There’s been no home video release yet for this series. This seems odd, as everything else related to “Our Gang”/”The Little Rascals” has been released to DVD by this point.

I saw this show as a kid (lo these many years ago). However, a few YouTube uploads are now the only way to see this series. 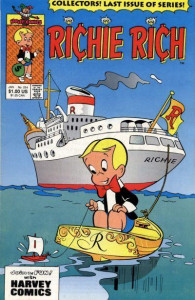 The show centered around the adventures of the world’s richest boy and his family/friends. Richie here is a bit redesigned from his traditional Harvey Comics version, presented as a slightly older pre-teen. He also looks closer to the Hanna-Barbera house style.

The show’s been aired in reruns since the 80s, most recently on Boomerang.

Unfortunately, this show’s only had the first season released to DVD so far, on “The Richie Rich/Scooby-Doo Show” volume 1 DVD set. Since that was back in 2008, it doesn’t look promising for the remainder of the series.

According to Wikipedia, Monchhichis were originally a stuffed toy line in Japan, where they had some success in the 70s. The toy line, plus this show, came several years later to the United States. However, Monchhichis—both the toys and the TV show—failed to catch on (at least in the US). The show lasted just a single season of 13 episodes.

The opening credits for “The Monchhichis/Little Rascals/Richie Rich Show” is available on YouTube.