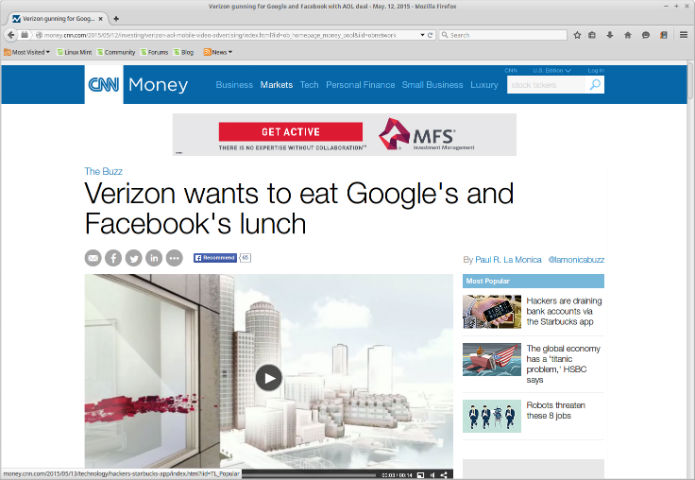 Firefox has unrolled its newest version, which now supports DRM content by default.

Specifically, as of version 38 (out Tuesday) for Windows (Vista or later), Firefox will come with support for HTML5’s Encrypted Media Extension (EME) DRM standard. Instead of users manually installing Silverlight, Firefox will automatically download and install Adobe’s Content Decryption Module (CDM) once it encounters a site requiring such, like Netflix. A CDM-free traditional version of the browser is still available as a separate download, but isn’t readily linked to on Firefox’s page (here’s a link).

Why this change? Mozilla, Firefox’s maintainers, needs to stay competitive against other browsers like Safari and Chrome; thus it has no choice but to include DRM support. The general public doesn’t care much about DRM or open standards, just whether they can play Netflix. Telling the public their browser won’t work with Netflix for various technical or anti-DRM reasons is a complete non-starter. I speak from personal experience on this one; my mother wasn’t pleased when I told her Netflix (at the time) wouldn’t work on the Linux-based PC I gave her.

Mozilla’s also concerned about losing market share to other browsers; the competitors all have support for the HTML5 DRM standard built-in. As of recently, Firefox’s usage share of browsers is at 11.7%, versus Chrome’s 25.7%.

Of course, Hollywood won’t give up DRM for video for anything, and the public does want Hollywood-produced fare. Thus, I’m afraid it’s not a winnable fight anytime soon. Even the long run seems doubtful; Hollywood’s insisted on DRM for video files as far back as the VHS era (Macrovision).

As noted above, this applies to Firefox’s Windows version. OS X is business as usual, i.e. manually installing Silverlight for Firefox for now. For Linux, Chrome is the only browser that’ll play DRM content on Netflix. Chrome OS, meanwhile, supports Netflix just fine.