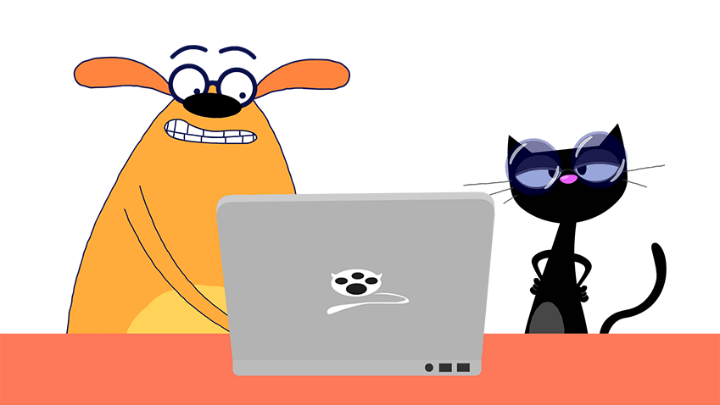 Back in the 2000s, PBS aired “Fetch! With Ruff Ruffman,” a live-action game show hosted by a bumbling but earnest cartoon dog named Ruff Ruffman. The show aired from 2006 to 2010 for a total of four seasons.

However, Ruff’s made a comeback online recently, with a new series of animated shorts. Now titled “Ruff Ruffman: Humble Media Genius,” Ruff’s new role is giving children advice on using the Internet and technology in a safe, responsible manner.

The advice is pretty spot-on for its target audience of kids. Different categories are covered: search engines; texting; photo sharing, usage of technology in general (“screen time”); and answering some common questions.

“Fetch!” fans will note cameos by a few of the other animated characters from that show (Grandma, Ruff’s geeky nephew, Blossom, etc.).

The advice tries to avoid being platform-specific. For example, Yahoo, Bing, and Google are all mentioned as search engines.

I wouldn’t mind seeing online trolling addressed in a future installment. Kids sooner or later will (unfortunately) encounter such online in places like comment sections, so it might be worth discussing how to deal with (or ignore) the likes of YouTube comments, etc. However, Ruff in one segment does note that one “shouldn’t write anything online that might be embarrassing to you or others.”

The entire series is available on YouTube, under PBS Kids’ page. I’ve also embedded the series’ playlist below.