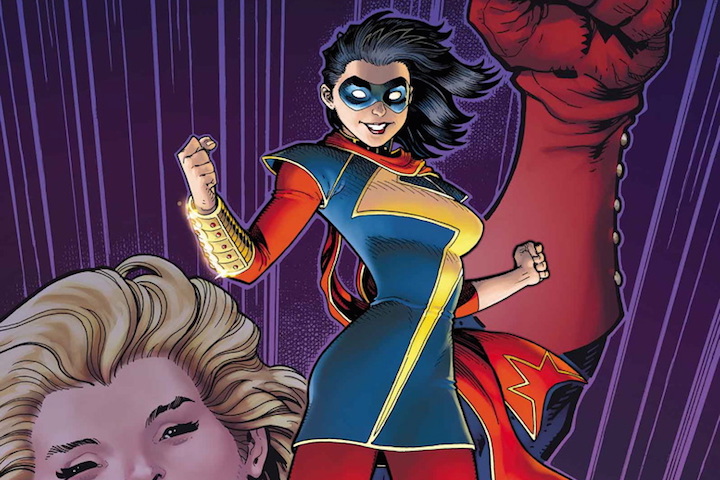 Digital comics sales figures are tough to come by, as for some reason, Comixology and/or publishers treat them like they’re some sort of state secret. Thus, it’s hard to tell exactly how well they’re selling, especially against traditional paper books.

Still, some estimates are occasionally offered, along with actual sales rankings (if not numbers). Comixology’s reported on its Tumblr blog the top 10 selling comics during a March “buy one, get one free” sale on Marvel comics. The top selling Marvel books on Comixology for March are as follows:

Seven of the top 10 titles star female characters; the only male-starring or -dominated titles are the three “Star Wars” comics. Oddly, “Captain Marvel” doesn’t appear in the top 10, though “Ms. Marvel” takes up four of the top 10 slots. “Thor” is still a popular seller, as well, and is outselling her male predecessor.

Of course, actual paper sales figures for March will differ, but given February’s top selling title also starred a woman (“Orphan Black“), it should be a sign that there’s a large market for comics starring/created by women. There’s also the large growth of women readers that’re also helping diversify the comics medium, to online trolls’ dismay. Some suggest that many new and/or female readers are opting to mainly buy comics digitally, thus explaining some of the differences in popular digital vs. paper titles.

My only criticism? I didn’t know there was a “BOGO” sale on Marvel books in March. As a consolation, I’ve been considering whether or not subscribing Marvel Unlimited would be a better value than waiting for trade paperbacks, or for the public library to get said trades.

Does Star Wars or Marvel earn more for Disney at the box office?
Vixen to get an online CW animated series, ties into "Flash" / "Arrow"
DC Comics' post-"Convergence" lineup revealed: The New 52 branding's dead (sort of)
Minorities in cartoons: Bishop