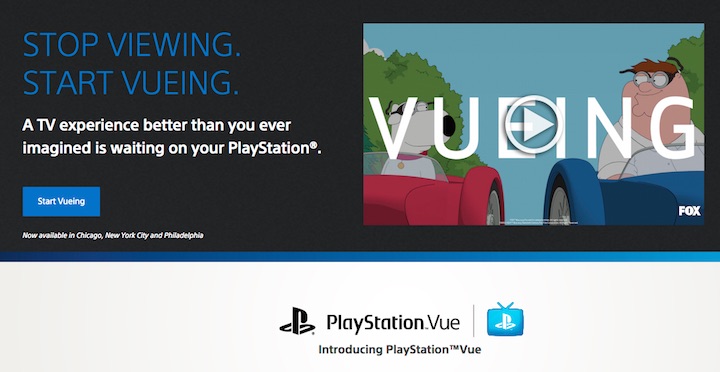 Sony today launched PlayStation Vue, a streaming video service for PS3 and PS4 owners. For $50 a month, Vue offers 50 streaming channels of content (live and on-demand) from cable and broadcast TV. So far, the service is only available for those living in Chicago, New York, and Philadelphia.

GeekWire notes that the service doesn’t include some networks, particularly the Disney owned ABC, ESPN, and Disney Channel. That might hurt its appeal to some, given Sling TV is cheaper (at $20/month) and made offering ESPN its biggest draw. $50 a month (with more expensive packages available) is also approaching what cable TV packages would cost anyway. Only being available in a few cities and on the PlayStation doesn’t speak for wide availability either, though Sony says it’ll expand to other platforms, including the iPad. For all those reasons, Sling TV currently sounds like the better buy.

Still, it’s clear that 2015’s the year cord cutters and a la carte cable fans will finally get much of what they want.