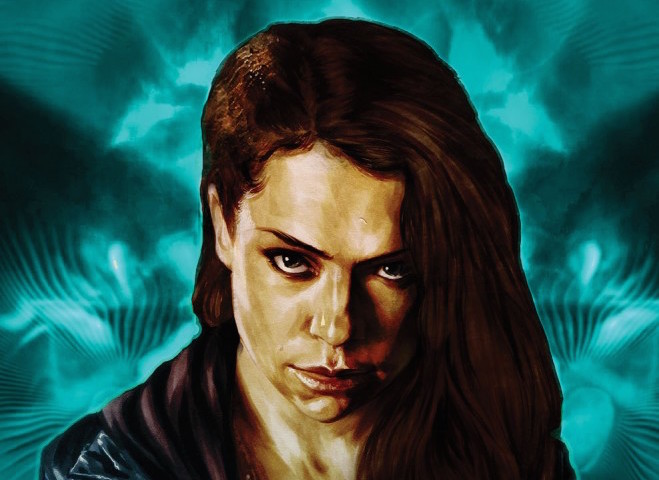 Comic sales figures for February 2015 are in (thanks to Comichron), and the top selling comics are:

The top selling book this month, and IDW’s first-ever chart-topper, is “Orphan Black,” a spinoff comic based on a BBC TV show about a woman who deals with clones.

To be thorough, the top selling trade paperback is “Superman: Earth One,” volume 3 (hardcover). Trade paperback figures are as follows:

As for why “Orphan Black” outsold even “Star Wars” or Batman? It was a comic included as part of Loot Crate. Loot Crate is basically a “geek item of the month” subscription service: once a month, it sends subscribers a package of various different geeky items. Said items include comics… and since Loot Crane’s buying the books via Diamond, its purchases often cause a sales spike for that issue. This has led to “Rocket Raccoon” #1 becoming the top-selling comic for its month (and ultimately one of the top sellers for 2014).

Some have questioned the “fairness” of Loot Crane causing such sales spikes in figures. Comichron’s noted appropriately with asterisks whether the top-selling comic was due to some spike like Loot Crane. Still, Loot Crane didn’t get those comics for free, and they were sold. (Though probably at a bulk discount, per the other figures on that Comichron post.) It’s also in my opinion distinct from the old-time grab bag issues sold at toy stores, etc. in the 80s and 90s—those were random back issues sold together (the equivalent of comic shops selling quarter bin issues in a package), not brand-new books. Also, if Loot Crane isn’t fair, I wouldn’t call the sales of #2 on that list “fair” either—there were 21(!) different variant covers of “Darth Vader” #1.

It also raises the idea that there’s only one “correct” way to buy a comic—paying $4 for a single paper issue at a physical comic shop. This seems to get treated by many, including publishers like Marvel/DC, as “how” to “support a book.” Never mind most DC/Marvel titles are clearly written with trade paperback collections in mind—stories “done in one” issue are a rarity nowadays. It also ignores the various other reasons to buy a comic via the various methods now offered: TPBs or digital books are easier to buy, store, or read; the expensive nature of single paper issues; digital sellers like Comixology often discount comics after a month or so; etc. Given newer comic fans are often coming in via means such as Comixology, trades, etc., and given the long-term viability of single-issue paper comics’ steep prices, I hope that the “there’s only one ‘real’ way to buy/support a comic” mindset changes.

Finally, the top selling book this month stars a woman. Going through Comichron’s listings (and unless I missed one; feel free to correct me if so), I had to go back to April 2000 (“Fathom” #12 from Image) to find the last time a comic with a woman as the main star was #1. I’d think 15 years is long enough of a gap.