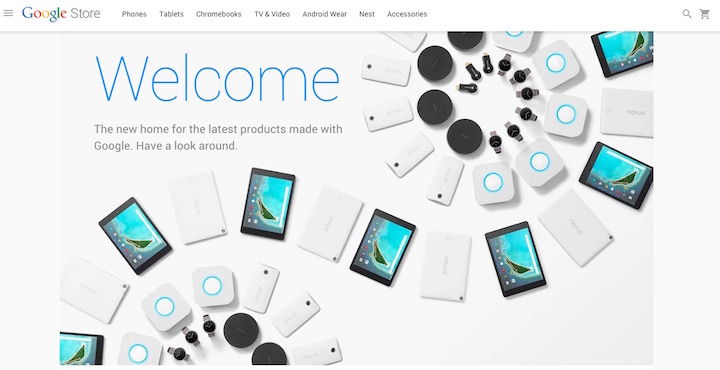 This move’s a good one on Google’s part. It seems odd that their hardware products they’ve wanted to emphasize have until now been buried under a tab in Google Play. Google Play is also free to be solely about software.

This news coincides with the also announced launch of the new Chromebook Pixel, Google’s high-end Chromebook model. Reviews suggest it’s much improved over the original model, and like the MacBook announced Monday, will also have a USB Type-C port, along with its traditional ports. However, it still carries its high price tag. While I like my Chromebook, and the Chromebook concept in general, at $1,000, I’d recommend buying a MacBook instead.