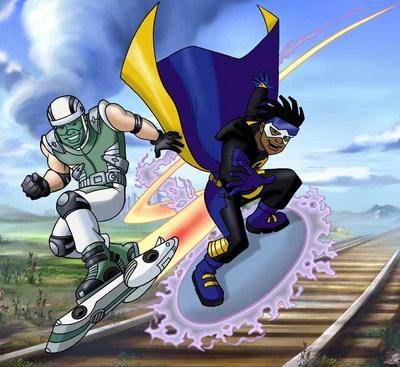 As I wrote a few years ago, there was a sizable portion of the animated programs that ran on Kids WB that had yet to see a home video release. (“Kids WB” was the children’s programming arm of The WB, now The CW.) However, since that time, enough’s changed (via the Warner Archive program, Netflix, the rise of digital video, etc.) that I thought it merited a newer, updated post.

So which of the classic animated Kids’ WB shows, in part or in whole, still aren’t available on DVD, streaming, or digital video? For simplicity (and since it was the bulk of programming), I’m just looking at the shows made by Warner Animation itself. For shows like “Men in Black: TAS” or “Jackie Chan Adventures,” try their Wikipedia pages.

The Flintstones/WWE crossover is out on St. Patrick's Day 2015
How original are 2015's summer blockbuster movies?
Cartoons at the box office: "The Muppets" slightly-less-than-most wanted in second place
WarnerMedia to launch its own streaming service in late 2019