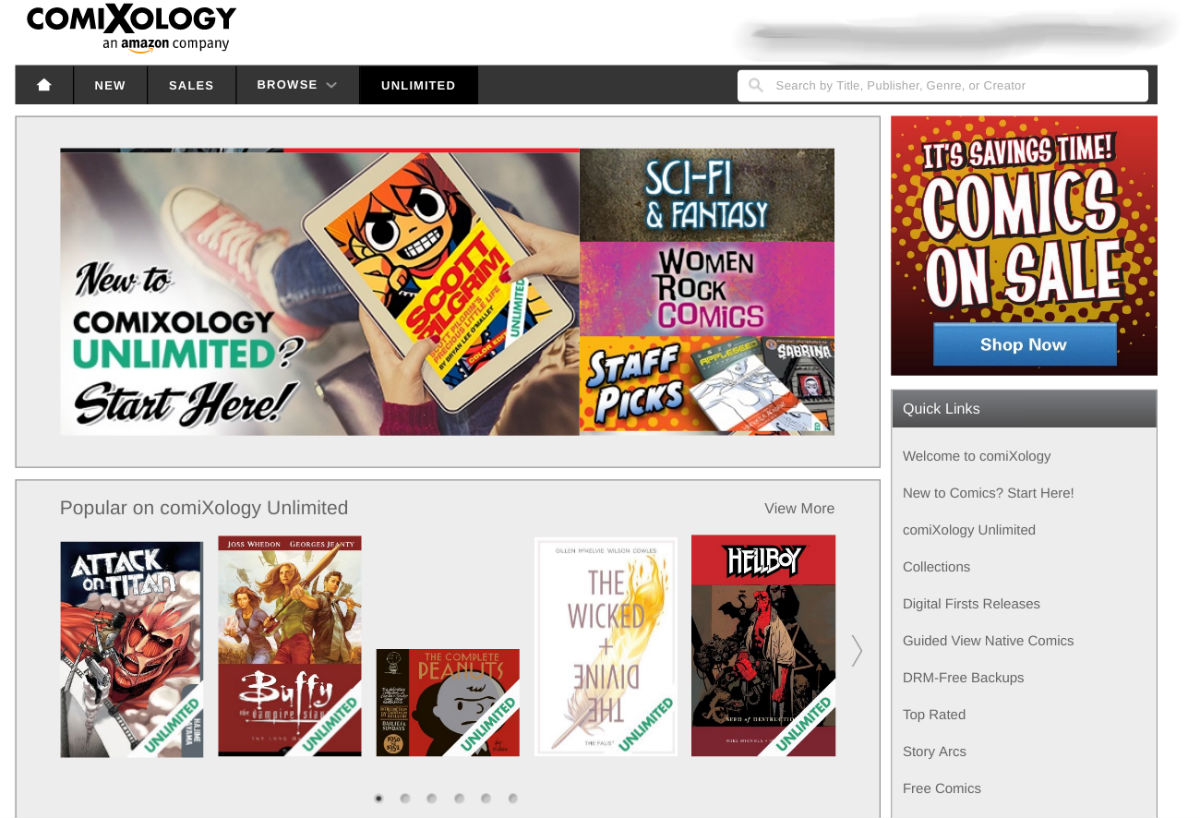 Given my cross-platform and multiple operating system device usage, I have a fair amount of interest in software that’s compatible across multiple “eco-systems,” or “walled gardens” if you prefer. When this isn’t possible, I’ll just use the best native software available for each device.

With that in mind, here’s a look at the best digital comic readers I’ve found for reading comics on various operating systems.

Comixology has the advantage of being cloud based, and thus has various versions of its apps (or web access) across almost all of the platforms listed below. The downside, historically, has been Comixology’s devotion to DRM, though this has finally eased up for most of the larger non-DC/Marvel comic companies. Therefore, I can feel more confident in recommending Comixology, assuming one has an interest in non-Big Two (Marvel/DC) comics.

I’ve also written about alternatives to Comixology’s service. The main one I use is Google Play.

An alternative viewer I’ve used is ComicRack, which works well and has a nicer user interface than Perfect Viewer’s. The free version comes with ads; the paid version, while costing $7.89, will lose the advertisements, and add a few other features.

Since I don’t own an iPad, I haven’t tried any iOS comic reader apps myself. However, a popular one I’ve seen recommended is Comic Zeal, which costs $5.

My Linux comic reader of choice is MComix, a fork of the older Comix reader. MComicx incorporates Comix’s features, and adds a few newer ones.

I’m not a Windows user at home, but a popular reader recommended by others, including by Lifehacker, is ComicRack. The same app for Android has a Windows version that’s apparently widely popular.

I’ve tried a few comic readers for my Chromebook, but I’ve found them all lacking. This is probably tied to one of the weaker areas of Chrome OS, its handling of ZIP files. As such, CBZ files don’t seem to work well, and even CBR files can be iffy.

Still, the one app I have installed is Astonishing Comic Reader, which seems reasonably popular.

The situation for comic readers has improved a lot in recent years, coinciding with the rise of mobile devices. The increasing number and easy availability of DRM-free digital comics, including from sales leader Comixology, also makes comic readers even more prominent.

How hands-off is OK Google versus Siri, as shown by... Cookie Monster?
Anthony's data backup strategy
A switch from Android to iOS (and impressions so far)
Android apps are finally coming to Chrome OS