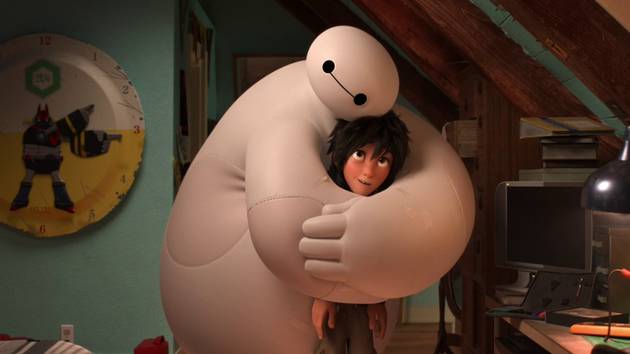 This year’s Oscars are over, and Disney’s swept this year’s animation categories. The winners are in bold type below.

“Feast” is an animated short about an always-hungry puppy and his owner. The animated feature winner, “Big Hero 6,” fell within my guess (either “Hero” or “How to Train Your Dragon 2”). However, I figured the judges might’ve preferred a film about dragons more than a film about anime-influenced superheroes.

Elsewhere, “The Lego Movie”‘s signature tune “Everything is Awesome” lost in the Original Song category to “Selma,” for that film’s song “Glory.” Oddly, the Oscars ceremony still had a sketch featuring Legos and “Everything is Awesome.” This despite the song not winning its category and the film itself not even nominated for Best Animated Feature (to much criticism).

The Best Picture winner is “Birdman.” My prediction of “anything but ‘Selma'” was correct, though I predicted “Boyhood” might be the most likely alternative.

A full list of this year’s winners is here.

And no, I didn’t see the above ceremonies live, as I didn’t watch the telecast this year. I figured I’d be better off doing something else; in my case, Netflix and web surfing. For starters, I was only interested in a few categories (the animation ones and Best Picture). I also disliked the lack of diversity/selections in this year’s nominees.

As for whether next year will see any changes, who knows—Hollywood’s quite glacial (and tone-deaf) about change, unless money’s at stake. But I’ll be back next year, anyway, to offer my thoughts on the 2016 animation Oscars.

The title of "Man of Steel 2" is... "Batman v Superman: Dawn of Justice"?!
It's official: we're getting "Space Jam 2," starring LeBron James
Cartoons at the box office: "Captain America" throws his mighty shield and yields first place
Minorities in cartoons: "Jem and the Holograms"