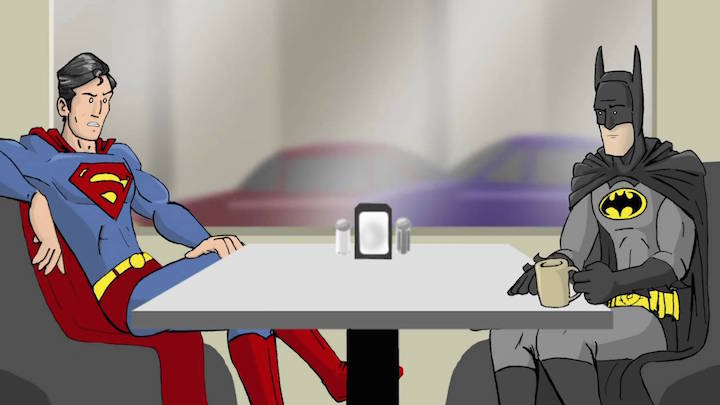 Like others, I have a few favorite YouTube channels I enjoy following. While they’re admittedly low on cute cats, they’re all still entertaining and/or educational.

CGP Grey is a channel offering several minute long videos explaining various subjects, ranging from why the US should kill the penny (among other reasons, it’s lost too much value to be worth paying to mint) to explaining for non-Britons what countries, territories, etc. make up the United Kingdom.

The videos are all in a slide show format, with a mix of a stick figure (representing the creator), the creator’s voiceover, and various photos illustrating what the creator’s explaining.

Life Noggin is similar to CGP Grey, offering short explanations of various subjects, though the videos are much shorter. Subjects touched upon include why Friday the 13th is considered unlucky, when did humans evolve, and the history of marriage.

PBS runs several YouTube channels. The Idea Channel is a basically a video podcast where the host discusses a different subject in each installment. The subjects include whether LOLCats and Internet memes are considered art, the series finale of “Legend of Korra,” and analyzing the nature of statements such as “moving the goalposts.”

Disney’s Shorts channel contains various shorts the studio’s producing. Some aren’t meant to be released anywhere but online. Others include their excellent series of Mickey Mouse shorts that’re airing on TV.

EveryAppleAd is just what its name describes. It has copies of every Apple ad produced, from the famed 1984 Macintosh ad to the “I’m a Mac, I’m a PC” ads of the 2000s to the recent iPad ads.

How It Should Have Ended (HISME for short) is a hilarious series of animated videos that offer alternate supposedly-improved endings for various blockbuster movies. The alternate endings usually go with real-life common sense or simpler solutions than the Hollywood-style logic seen in the films. The films range from the “Star Wars” trilogy to Harry Potter to recent fare such as “X-Men: Days of Future Past.”

Recurring characters in many of the shorts are Superman and Batman, who’re exclusively seen as patrons of a diner where they hang out. The World’s Finest usually end up meeting the film in question’s star character. The heroes then ask the film’s star questions about (or openly criticize) what they did in the film. Superman here is laid back and sometimes mention his ability to go back in time (per the ending of the first “Superman” film), while Batman is obsessed with finding ways to say the line “I’m Batman!,” to everyone’s annoyance. Yes, your two favorite heroes’ own films are also mocked.

Needs More Gay is a channel where the host, Rantasmo, discusses how LGBT themes/characters are used in various films or Hollywood media. Shows such as “Legend of Korra”‘s series finale and films such as “Brokeback Mountain” are discussed. Also discussed are subjects such as how children’s media present gay characters (the answer: usually personae non gratae), or how transgender individuals get portrayed by Hollywood (the answer: not well).

Another of PBS’ various channels, PBS Kids has clips of its kids’ shows, as well as made-for-YouTube videos. The most prominent of these are probably the various film parodies starring “Sesame Street”‘s Cookie Monster. The parodies include films such as “The Hunger Games” and “Star Wars.” Said parodies also offer a simple lesson, such as learning restraint, etc.