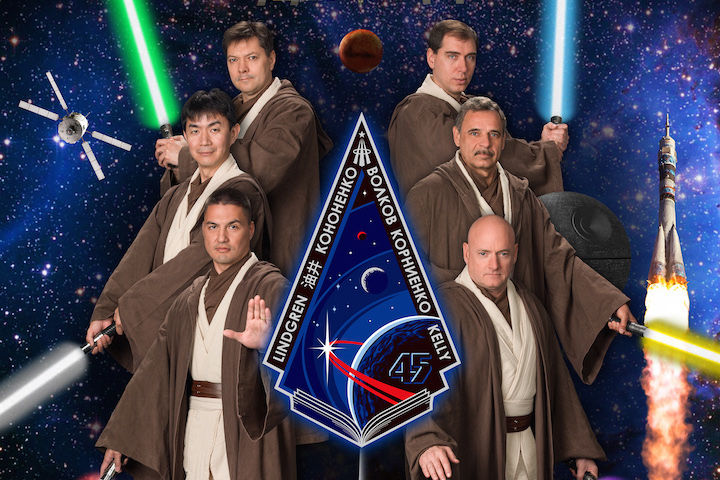 Until the newest “Star Wars” film debuts later this year, we’ll have to tide ourselves over with, well, the actual original “Star Wars” trilogy. Those looking for newer material might want to try Disney XD’s “Star Wars: Rebels” animated TV show. Or you might be interested in what real-life astronauts are doing: posing as “Star Wars” Jedi for the poster for an upcoming mission to the International Space Station: 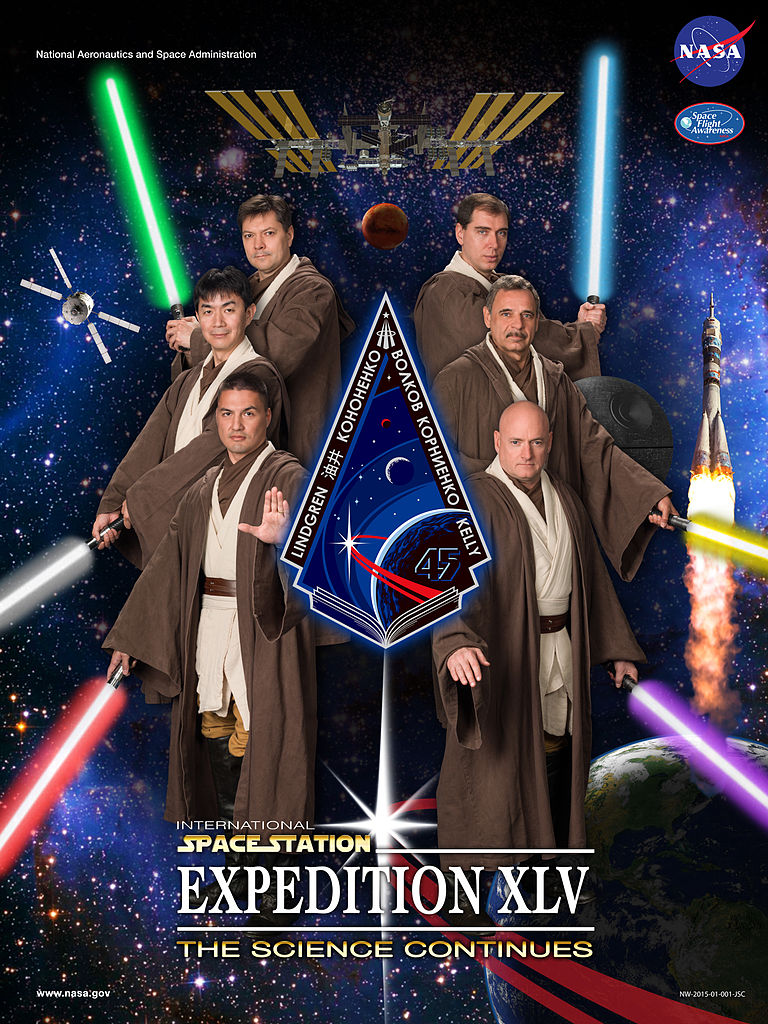 The mission in question is called “Expedition 45,” which will see Russian, American, and Japanese astronauts head to the ISS for a year-long mission.

This isn’t the only instance of astronauts showing their love of something particular. NASA astronaut Leland Melvin recently used his two pet dogs, Jake and Scout, in his official NASA photos:

“@AdamAton: This is an official portrait for astronaut Leland Melvin. I’m in awe. pic.twitter.com/GzqvXryAMH”Thx for the Twitter love Adam. ????

While the dogs aren’t going into space, of course, they have been on television. Melvin and the pets were featured on TV’s “The Dog Whisperer.”