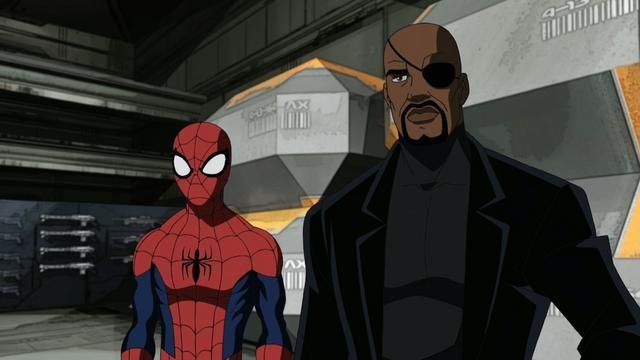 Not a hoax, not a dream, and not an imaginary story—a deal’s been reached between film rights-holder Sony and Marvel Studios to use Spider-Man in the Marvel Cinematic Universe-set films. Which means Spidey can now appear alongside the Hulk, the Avengers, or even Rocket Raccoon.

Spidey will first appear as a cameo in an upcoming MCU film, before getting his own solo film on July 28, 2017.

The full details are in this press release:

This is a pretty big deal for fans of the Marvel Cinematic Universe and Spider-Man. Sony’s handling of Spidey has left much to be desired. “Spider-Man 3” was lackluster, and I wasn’t a big fan of the rebooted “Amazing Spider-Man.” For me, seeing Spidey appear in the MCU will be greatly appreciated.

While there’s speculation aplenty on which version of Spidey it’ll be (as of this writing, Miles Morales is trending on Twitter), I assume it’ll be Peter Parker in the MCU. Yes, it’d be interesting if, say, Miles Morales was the MCU wallcrawler, while Sony kept Peter Parker, but I’m sure Marvel/Sony both want to use the better-known Peter.

To accommodate Spidey, Marvel plans to move around the release dates of a few upcoming films. The new schedule for these films is as follows:

Cue online debate over who’ll be cast for Spidey and company, plus what the moved dates mean for the above films. “Black Panther”‘s now a summertime release (on the Fourth of July weekend no less), while “Captain Marvel” is now timed for the holidays.