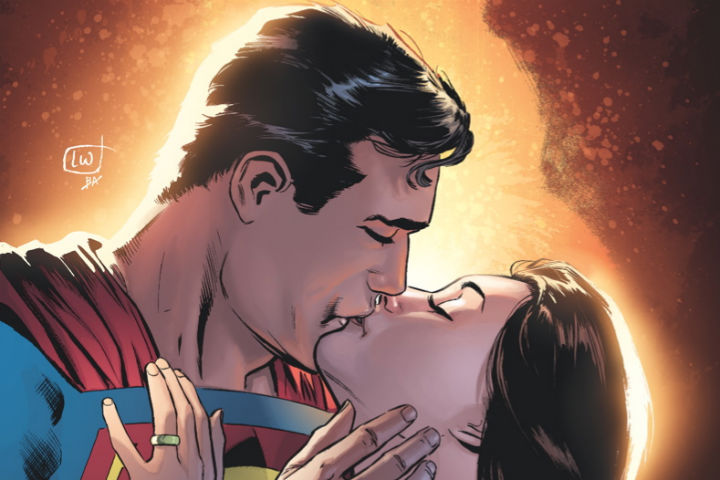 Here’s a look at what’s coming out from DC for April 2015. A full list of solicitations are available here.

This month kicks off the “Convergence” two-month-long event that’ll fill time (and coffers) while DC completes its move from New York to California. As such, there’s the core eight-issue-long event, plus a lot of tie-ins. While it’ll be definitely cheaper to buy all of these in trade paperback form (and I highly doubt I’ll be buying all of the above in single-issue form), a lot of these do look interesting, so I listed all of the interesting ones above. And yes, I know, it’s a very long list, but the tie-ins sound more interesting than the core issues (which sound, like everything about DC nowadays, overly Bat-centric). For starters, that’d be the pre-Crisis versions of Superboy and the Legion of Super-Heroes showing up; the art indicates the version published circa the early to mid 80s, per Invisible Kid in tow.

Of course, that raises the question of what year it is to all of the characters pulled from various timelines/dimensions: for example, is Superboy from Smallville circa-1970 (the year it reached by the time they cancelled his solo title in 1984), and thus concerned about anti-war protests and the Kents’ first color TV, or is he from circa-2000 (the year he’d be around these days if he still was published), and instead more concerned about the Y2K bug and iMacs? (I hope they wouldn’t take the lazy way out and assume Superboy’s just “stuck in the 50s”…)

Anyway, elsewhere (elsewhen?), we’re also getting post-Crisis versions of Superman, Steel, Superboy, and Lois Lane. It’ll be the 90s versions of Steel and Superboy (the Kid’s cheesy 90s outfit and all). Meanwhile, it looks like the versions of Supes and Lois from when we last left them in 2011, when the New 52 came along. In this story, Lois is pregnant! (Superman’s also powerless, for some unstated reason.) Hopefully, things will turn out all right for the couple, unlike what DC’s crassly done to a pregnant Lois in the video game-tied “Injustice” comics.

“Speed Force” and “Harley Quinn” will feature what I assume are the 2000s version of Wally West (pre-Barry-return) and (guessing) a last-seen-in-2011 Harley. Of interest is both titles will feature Zoo Crew characters appearing. Capt. Carrot is confirmed for Harley (she’s somehow supposed to fight him), but the team member meeting Wally and company is unstated. Presumably, it’ll be Fastback, their speedster turtle member, though the most “unexpected” Zoo Crew-related character would be Fastback’s uncle, the Terrific Whatzit (DC’s first funny-animal superhero).

Outside the DCU, “Wonder Woman ’77” is out in its sole one-shot issue, as the digital first issues are just for a short run. “Sensation,” however, is continuing as-is like the rest of the digital line, which are unaffected by DC’s move; the digital first side is already based from their California location.

Minorities in cartoons: Jakeem Thunder
What killed off traditional superhero sidekicks?
A look at DC Comics in the 2010s
Anthony's Marvel Comics picks for October 2016
Share this post