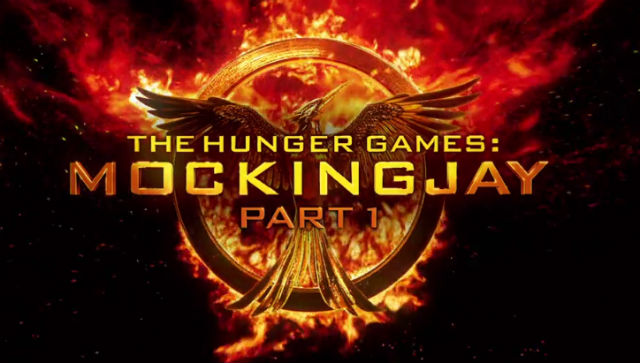 Although everyone knew it’d be a foregone conclusion, the next-to-last “Hunger Games” film, “Mockingjay: Part 1,” has pulled in the biggest opening weekend of the year. “Mockingjay,” based on the final “Hunger Games” book, opened with $123 million. While it’s a massive hit, it didn’t make nearly as much money as its previous few films’ opening weekends. Box Office Mojo guesses it might be the result of splitting the final book into two films and/or being the least-popular book in the series. I’d wonder if the snowstorm that hit out east might’ve impacted things, as well—a sizable number of people unable or unwilling to go to the movies. Not that it matters—the film’s also already earned $152 million overseas, for a global total of $275 million. It also only cost $125 million to make, according to Forbes, so it’s already made a profit.

“The Theory of Everything,” a biopic about the life of Stephen Hawking, got slightly wider distribution this weekend, rising to tenth place at the box office. “Theory” earned $1.5 million this weekend (+104%), and has earned $2.8 million to date.

That finishes the biggest grossing weekend of the year. Next weekend’s the Thanksgiving holiday weekend here in the US, with two films opening: comedy sequel “Horrible Bosses 2” and “Madagascar” spinoff “The Penguins of Madagascar.” The latter should be a big hit overseas—two-thirds of the “Madagascar” films’ box office take come from outside North America. Here, however, “Big Hero 6” will still provide the penguins with competition.