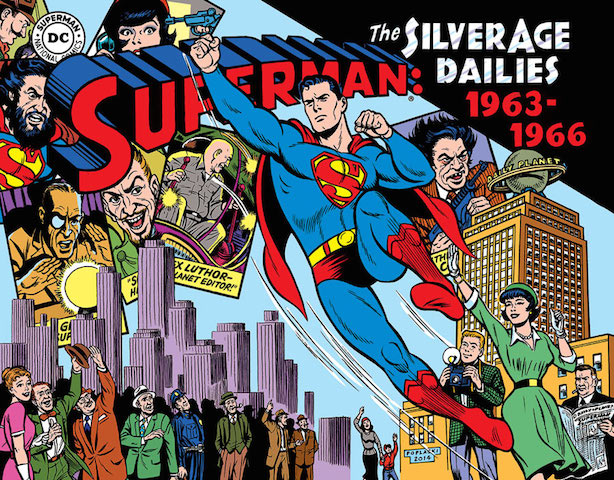 Here’s what’s of interest coming out from various comic companies for December.

This month’s Superman comic strip volume wraps up the daily newspaper strip run for the Silver Age… as far as a comic book specific term like that applies to newspaper strips.

Boom! is releasing a one-shot (and retro titled) “Mix Tape” comic, featuring stories by some of its most popular creators.

“Rocket Salvage” is a six-issue miniseries about a family (via cloning) of people living on a futuristic Earth.