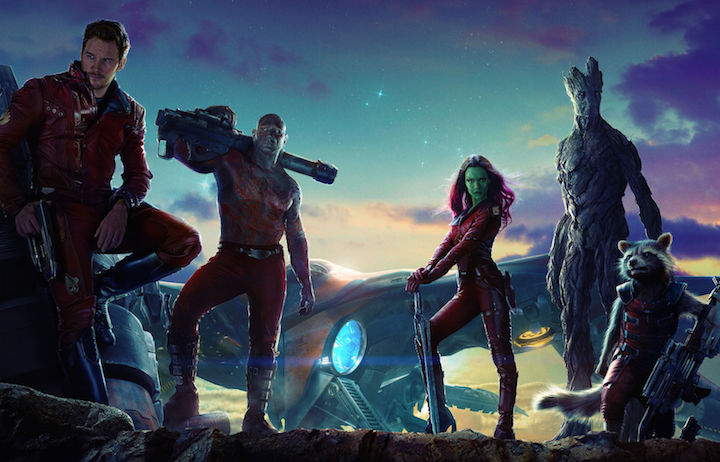 A series of weak openings and drop-offs saw “Guardians of the Galaxy” reclaim the top spot at the box office this weekend. Rocket and his friends earned $17.6 million, for a domestic total of $251.9 million and an international total of $237.6 million, or a global total of $489.5 million. Domestically, “Guardians” has just surpassed “Transformers 4” to become the top-grossing film this summer, and should pass “Captain America: The Winter Soldier” within the next week to become the top-grossing film of the year. Internationally, it’s a different story—“Transformers 4” is the top-grossing film of the year with over $1 billion, with “Maleficent” a distant second at $747.6 million. Again, people around the world really love the giant shape-shifting robots, regardless of criticism of the films’ quality.

Meanwhile,  the champ for the top few weeks, “Teenage Mutant Ninja Turtles,” dropped to second place, earning $16.8 million. Its totals stand at $145.6 million domestically and $93.2 million internationally, for a global total of $238.8 million.

Among films opening this weekend, “Frank Miller’s Sin City: A Dame to Kill For,” the sequel to the original “Sin City” film from nine years ago, was a flop, earning $6.5 million. Several reasons have been offered by Forbes and others for why it failed. My guesses: the film’s sequel took a very long time to come out, long after the fan fervor over the original has long died off; we’ve gotten other comics-based films with a similar tone since the original “Sin City” (or shifting to a different tone entirely, per “Guardians”); and the few fervent fans of the original weren’t enough to sustain it this time around. I’d also suggest Frank Miller’s fan base has dwindled somewhat since 2005, comics fans’ ongoing obsession with “The Dark Knight Returns” notwithstanding.

I notice “Let’s Be Cops” also kept a steady box office take, coming in fourth place with $11 million, for a domestic total of $45.2 million. A very successful film, given it only cost $17 million. Apparently, the ongoing protests over racist police brutality in the St. Louis suburb of Ferguson didn’t dissuade people from seeing the film (ignoring the sad possibility that a large amount of the public might not care about the real-life news at all).

That’s all for this week. Next weekend is Labor Day weekend, and the end of the summer season.

The 2016 Oscar nominees in animation (and diversity issues *again*)
The 10 most influential TV cartoons
First impressions of "Be Cool, Scooby-Doo"
Minorities in cartoons: Monique ("Kim Possible")
Share this post