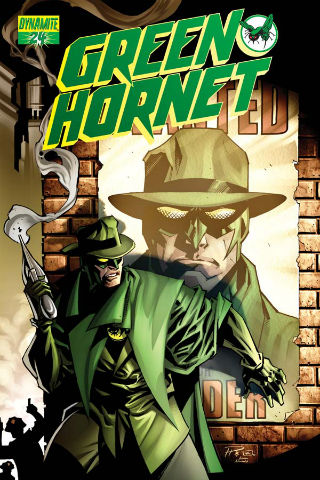 There’s a new addition to the list of DRM-free comic companies. Dynamite Comics, publisher of Kevin Smith’s version of “Green Hornet” (currently in a crossover with DC’s “Batman ’66”) and Vampirella, is offering its own digital storefront. Dynamite’s digital books are available through its own store as DRM-free PDF files. Pricing will be similar to their current print books, as well as their digital books available on Comixology.

While my Dynamite reading’s just been for the Batman ’66/Green Hornet crossover, it’s nice to see that there’s another major comics publisher joining the DRM-free trend. Once again, hopefully more will join in in the near future. It’d also be nice to see Dynamite offer a bigger range of formats (besides just PDFs), though at least there’ll be more money (in theory) going to the creators instead of middlemen like Comixology.