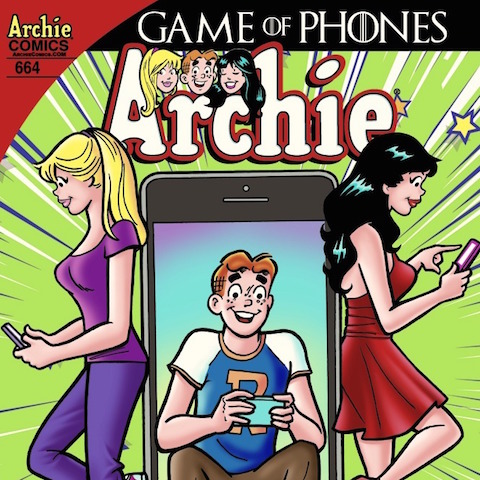 Today marks the final issue of “Life With Archie,” and the much-hyped death of Archie storyline.

In light of this sales stunt, John Jackson Miller of the website Comichron has written the following article taking a look at Archie’s sales since 1960, the first year sales statistic information’s available:

Comichron: The Comics Chronicles: The life of Archie: 54 years of circulation history

As you can see, the core comic “Archie” was the top selling comic from 1969-1973. Those were the peak years of the various “Archie” TV shows’ popularity, as well as 1969’s best-selling “Sugar Sugar.” However, sales really cratered in the 1970s.

The article doesn’t give specific reasons for why, besides changes in the comics market (probably the dominance of superheroes/the general decline in humor titles) and Archie debuting its now-top-selling digests during this time. Those are easier to find than the pamphlet comics; they’re also more cost-effective, and thus more appealing a buy—$2.99 for a 22-page comic or $3.99 for a 160-page digest?

The article also notes that sales went up a bit in the 2000s, probably with the shift in ownership of Archie and the start of its current modernization. Archie’s been called too “old-fashioned” for years; that might have also hurt sales compared to flashier children’s properties (Nickelodeon and Disney Channel fare, etc.).

Granted, those calling it “old-fashioned” seem focused on the digests’ reprints of older stories versus the newer material. They also might feel it’s “old-fashioned” since we aren’t seeing the teens having sex/cursing on-panel or somesuch. (Again, Nick and Disney Channel don’t show their teens doing such, either, and are doing just fine…) Of course, now some are criticizing Archie for being “too political” in including a gay character in its stories…go figure.

Also missing are digital sales figures, which is where I figure at least a noteworthy portion of sales are going for both the digests and pamphlet comics. Of course, since the publishers/Comixology/etc. refuse to release figures, there’s no clear indication what sales on digital titles are like.