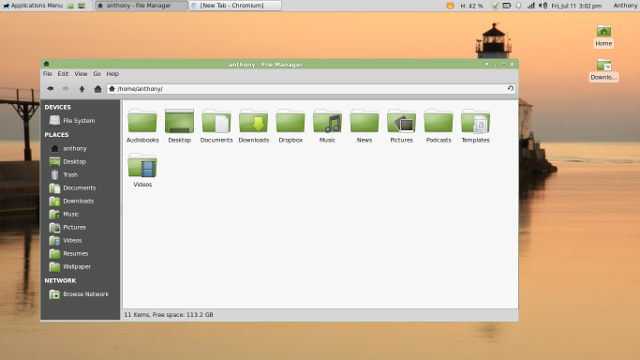 Linux Mint 17 Xfce has finally been released, and with it comes the latest version of my post-installation guide.  If wondering, I’m restricting these guides to LTS (long-term service) releases from now on, since the non-LTS releases only offer support for a short period of time. Linux Mint 17 (“Qiana”) will be supported until 2019. For other operating system guides I’ve written, see my tech resources page.

One change is that Mint has switched to a “17.x” series of LTS releases, starting with version 17.1 (“Rebecca“), which is supported until 2019. Since it’s all part of the same series, and with few major changes, this guide should apply to any 17.x releases.

For those interested in the previous LTS version, I still have the Linux Mint 13 Xfce guide available, of course.

Disclaimers: Not responsible if any of these tips wreak havoc on your computer. Backup all relevant hard drive information before proceeding with upgrades. My setup is Mint 17 Xfce on a HP m6-1045dx laptop. These instructions assume one’s installing the 64-bit version of Mint 17.

Mint was initially based solely on Ubuntu, but now comes with the option of Ubuntu-free, Debian-based versions (under the name “Linux Mint Debian Edition,” or LMDE). The Debian-based versions offer a choice of MATE or Cinnamon desktops (forks of GNOME 2 and GNOME 3 respectively). The Ubuntu-based Mint offers versions for MATE, Cinnamon, KDE, or Xfce.

For more information on Mint:

Installation is similar to that for the Ubuntu family of distros. Since Mint pre-installs media codec support, etc., there’s less initial setup needed for Mint compared to Ubuntu, aside from customizing the wallpaper, desktop icons, etc. to one’s taste.

While Mint comes with some of my favorite programs pre-installed (such as LibreOffice), there’s still a few extra programs that I like to install. Others might also have different software needs.

For those wondering, Mint 17 includes HexChat, an IRC client that’s a fork of XChat. XChat development and maintenance has been dead for some time; thus the replacement of XChat with HexChat.

While it doesn’t match what’s available on Windows (or even Macs), there’s some games available for Linux. Two places to look for games include Humble Bundle and Steam.

Set Banshee to import CDs as MP3 or FLAC

While I prefer to rip my CDs as lossless FLAC files for future-proofing purposes, others might prefer the more conventional (and lossy) MP3 format. In either case, to choose which format to rip CDs to by default, open Banshee (Applications Menu > Multimedia > Banshee). Once open, go to Edit > Preferences > Source Specific tab, then select “Audio CDs.” From here, you can choose which format Banshee should use to import audio CDs; available options include FLAC, MP3, Ogg Vorbis, and WAV.

If prompted, enter your computer’s password, then hit “Enter” again. The fonts should be installed automatically.

Linux Mint 17 Xfce is a pleasant to use Linux distribution.

If you have any questions, feel free to ask in the comments below.