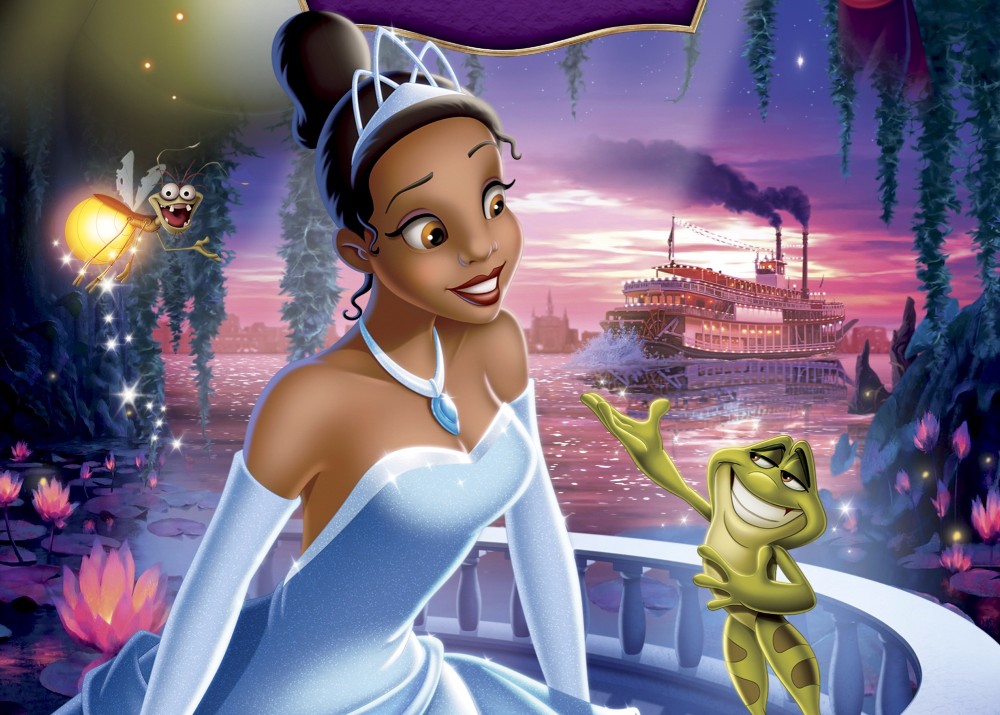 This week’s minorities in cartoons entry is Disney’s “The Princess and the Frog.” Released in 2009, “Princess” was Disney’s first feature-length theatrical animated film (and first “Princess” film) with an African-American star.

Based on the old fairy tale “The Frog Prince,” the film’s plot centers around Tiana. She’s a young woman living in 1920s New Orleans whose dream is opening her own restaurant. Not being wealthy (far from it), she’s working hard at a restaurant to try to raise funds to open her own eatery.

Meanwhile, Prince Naveen, a fiscally-cut-off prince, is in town. He’s looking to marry someone wealthy so he won’t have to actually do something useful (like work). Unfortunately for Naveen and his valet Lawrence, they have a run-in with Dr. Facilier, a witch doctor who promises he can fulfill their desires. Facilier turns Naveen into a frog (and his valet into resembling Naveen) as part of a scheme to get his royal father’s wealth. Naveen escapes and runs into Tiana, who’s working at a wealthy friend’s ball.

Convincing Tiana to kiss him (to try to break the spell), Tiana does—and gets turned into a frog herself. The two end up in the nearby swamp, There, they meet various swamp creatures while trying to find a way to return to normal.

The film met with some praise at its release. Some appreciated that Disney finally made an animated film starring an African-American character. Others liked this was Disney’s first traditionally 2D animated film since the 2004 flop “Home on the Range.”

Unfortunately, while it was financially successful, it wasn’t as successful as megahits like “Beauty and the Beast” or “The Lion King,” or Disney’s Pixar films. “Princess” also had to compete against both the second “Alvin and the Chipmunks” film (which earned more money) and the massive hit film “Avatar.” That “Princess” did as well as it did against such competition is probably a good thing, but apparently not from the bean-counter perspective.

Still, “Princess” has done well from a merchandising and longevity perspective. Tiana’s now included as part of the “Disney Princess” line. (I bought my niece a Tiana doll for Christmas a few years ago.)