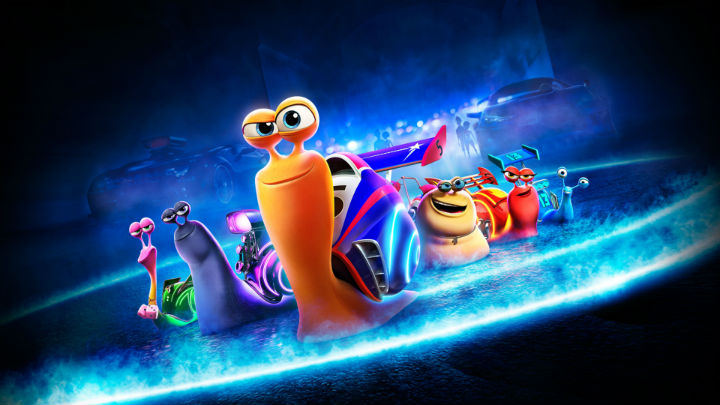 This week’s minorities in cartoons entry is “Turbo,” a DreamWorks movie released in 2013.

The film’s plot is about a snail named Turbo (voiced by Ryan Reynolds in the movie and Reid Scott in the spinoff animated series) who’s obsessed with speed and auto racing, particularly the Indianapolis 500. This irritates his fellow garden snails, including his older, heavily cautious brother Chet (voiced by Paul Giamatti in the movie, Eric Bauza in the animated series).

Feeling dejected one day, Turbo wanders out near the freeway, where he’s accidentally sucked into the engine of a hot rod. In the spirit of bizarre superhero origin stories, the hot rod’s nitrous oxide somehow fuses with Turbo’s DNA, giving him superspeed, as well as a few car-like abilities (using his eyes like headlights, tuning into radio stations).

After a few antics back at his garden, Turbo and Chet get fired from their tomato-gathering job, and eventually end up captured by a human (Tito, the co-owner of “Dos Bros Tacos,” a taco restaurant in a run-down strip mall) to be entered in snail races. Discovering Turbo’s speed, Tito gets the idea of entering Turbo in the Indianapolis 500, where Turbo meets his racing idol.

Ultimately, Turbo becomes world famous for being, well, a super-fast snail, bringing prosperity to the strip mall and acceptance by Chet.

“Turbo” did fairly poorly at the box office, but that didn’t prevent a made-for-Netflix series from being made.

“Turbo FAST” features the continuing adventures of the cast of the film. The film’s snails (now outfitted with specialized shells that let them move as fast as Turbo does) have formed a racing team, the “Fast Action Stunt Team,” or FAST.

The team now participate in races both around the world and in/near their snail home town; Tito built a snail-sized city plus racing track as a place for the team and their fellow snails to live.

Also in the spirit of superhero stories (such as Flash foe Prof. Zoom, the Reverse-Flash), various other insects/creatures as fast as Turbo also appear. It’s usually to challenge him to a race, or to try to cause problems in their snail city or the strip mall. Later episodes put more emphasis on the characters’ wacky daily lives (over racing), or expanding upon their personal backstories.

The snail characters besides Turbo and Chet include:

Out of the human characters, so far only Tito and Kim-Ly have appeared in the animated series.